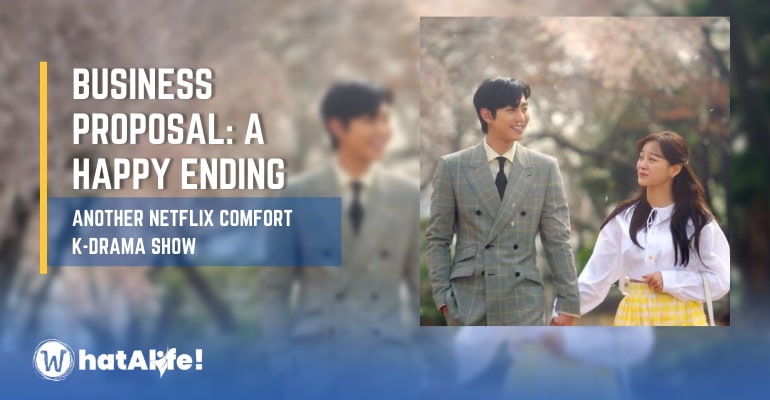 SEOUL, SOUTH KOREA — After the 12 exciting and fun episodes of the popular Korean drama ‘Business Proposal,’ it finally has come to an end with a happy ending.

The romantic comedy-drama starring Korean actors and actresses Ahn Hyo-Seop, Kim Sejeong, Seol In-ah, and Kim Min-kyu in the lead roles is a story based on the webtoon of the same name.

The popularity of the K-drama even reached BTS singer worldwide superstar Jungkook, who was a fan of the show.

On March 18, Jungkook asked his fans to send him questions on his Instagram story with the caption,

The well-known television series started to trend worldwide on social media with the hashtag ‘BusinessProposal,’ combining the popularity of the show and Jungkook’s answer on his Instagram story.

After its finale, they again went to the top trending topic on Twitter with the hashtag ‘BusinessProposalEp12.’

The fans expressed their thoughts about the happy ending of the drama and how the plot captured their attention and rated the drama ten out of ten.

“A must-watch if you just want to be happy. The casts are just perfect for their roles. 10/10 ?

Ahn Hyo-Seop posted on his official Instagram account a picture of him holding a luggage bag with the caption,

“I feel like I got more love than I deserve. It was all because of the dedication and hard work everyone put into this project. Thank you so much for all of your love and support. Although the drama ended, the story of Taemoo and Hari still goes on.”