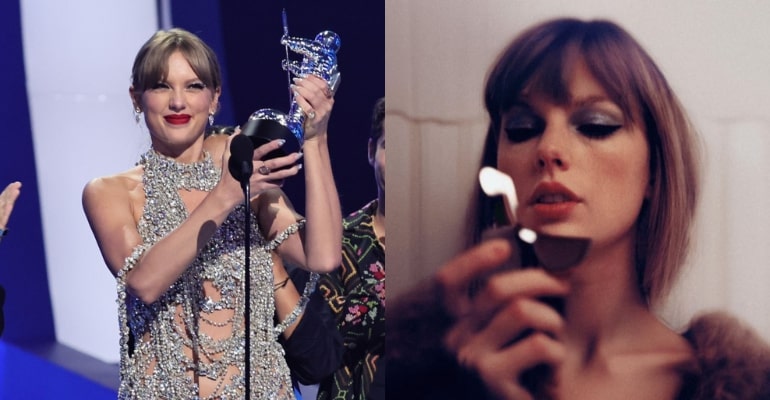 On August 28, 2022, Taylor Swift received the Video of the Year award for “All Too Well” at the MTV Video Music Awards (VMAs) held at the Prudential Center in Newark, New Jersey, USA.

Swift received her 14th VMA of her career when she won the Music Video of the Year award with “All Too Well.”

Released in 2012, All Too Well is a breakup song rumored to be about one of Swift’s exes. She re-recorded the song and created a 10-minute version and released All Too Well: The Short Film on November 13, 2021.

Swift acknowledged her “Swifties” at the award ceremony.

“We couldn’t have made this short film without the audience’s support,” the actress said.

Without support, she would not have been able to re-record her albums, she added. Following a dispute with her old record label, Swift reworked two albums, Fearless and Red.

For the first time in the history of the awards ceremony, four video directors up for Video of the Year were women, according to the award-winning singer.

Furthermore, Swift also announced her upcoming album would be released on October 21.

Check out the list of winners at the recently concluded 2022 MTV Video Music Awards:

The Video Vanguard Award was given to Nicki Minaj for her influence on popular music. Then, Minaj performed a medley of some of her most well-known songs, including Anaconda and Super Bass. In addition, she gave tribute to the artists who had inspired her.

Blackpink also performed new single “Pink Venom” live for the first time at the VMAs. Check out their performance below: