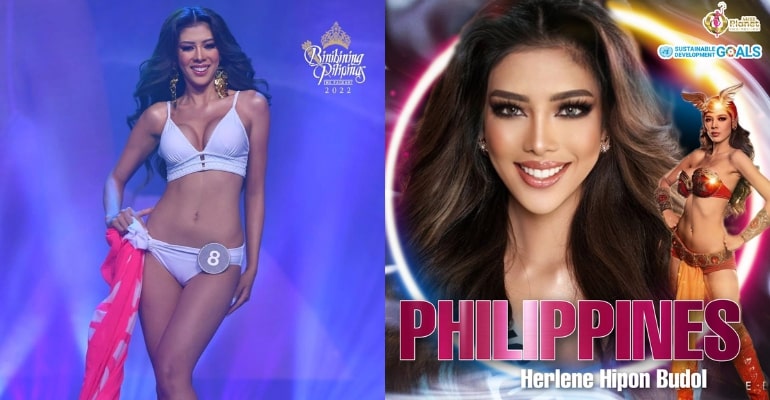 MANILA CITY, PHILIPPINES —  On Sunday, August 29, the comedienne turned beauty queen was revealed as one of the official candidates for the Miss Planet International Competition.

“Philippines, we are glad to announce that Herlene “Hipon” Budol, the first runner-up in Binibining Pilipinas 2022, will represent the country “Philippines” at the Miss Planet International 2022,” wrote the pageant’s official Facebook page.

Herlene’s talent Manager, Wilbert Tolentino, has earlier revealed that he had already discussed with Binibining Pilipinas Organization to bless and let Herlene compete and represent the Philippines on the international stage.

“Sana nandiyan tayo at suportahan natin si Herlene all throughout,” he said.

(I hope that we are there to support Herlene throughout.)

Herlene Budol will speak Filipino during her stint in the said Miss Planet International pageant to promote inclusivity. The local organization will provide an interpreter as she competes in the pageant.

The said pageant will be held in Kampala, Uganda, from November 6 to 20, according to Wilbert.

The pageant’s mission is in compliance with the sustainable development goals accepted by the United Nations members.

Herlene gained popularity as the “Sexy Hipon Girl” from the variety show Wowowin.

In May, netizens were shocked as she joined Binibining Pilipinas (BBP) 2022 pageant and was hailed as the BBP’s first runner-up. –WhatALife!/Brix