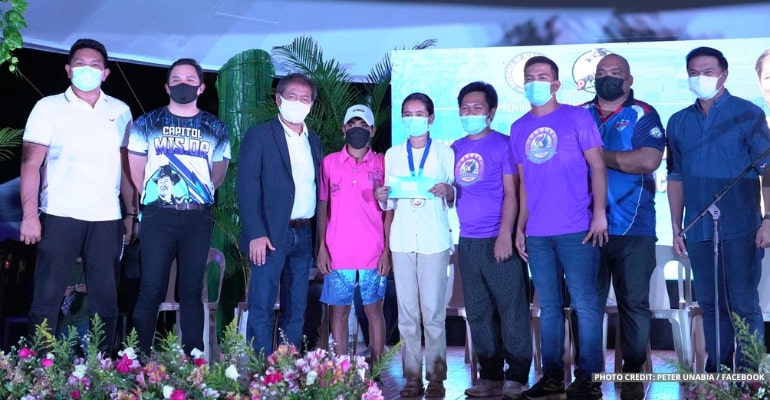 Dalagan dominated the male-crowded competition, defeating Carlo Guyan of Claveria and Gerald Verana of Naawan in the last two rounds.

Along with her parents, Dalagan received her championship trophy and the top price of Php 3,000 handed to her by Misamis Oriental Governor Peter Unabia.

The grade nine student of Tagoloan National High School thanked her parents, who are always by her side for every competition she joins.

“I don’t want to disappoint my parents, especially my mama Bella who is always by my side bisan asa nga torneyo ‘mi makaabot. Gapaningkamot gyod ko (in every tournament we go to. I always do my best),” the chess player said.

As a tribute to their late patriarch and matriarch, the Wabe clan will be hosting a memorial chess competition in Cagayan de Oro City on November 25 to 27, 2022, at the Limketkai Mall.

The organizers will also make the competition Fide-rated, with Margie Conrado Narcilla, a Fide National Arbiter, making her way from Tacurong city to help with the planning of the event.

Other than exciting challenges, participants will also be competing for cash prizes reaching up to Php 50,000.

See the official poster below:

Making the tournament Fide-rated or at the international standard is said to be a dream come true for the Wabe siblings, who have high respect for the sport.

Ben, one of the eleven children of Mr. and Mrs. Leo G. Wabe Sr, said they want to make the event memorable for chess players from around the country to “enjoy and compete on equal footing.”

He also mentioned that the legacy of his parents is “best remembered by honoring them with a Fide-rated tourney.

Leo Wabe was the former department head of City Hall’s Civil Registry Office, known to be a friend to all. Meanwhile, Nielle Alunan Wabe was the daughter of former Talakag mayor Flores Alunan. She was an inspiration to her children as she patiently raised a big family. – WhatALife!

Also read: Head of City Scholarships Office to travel to the U.S. for a professional fellowship program