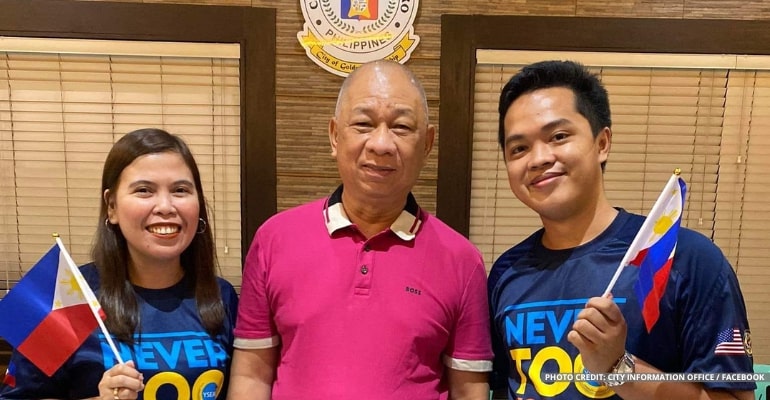 CAGAYAN DE ORO CITY, PHILIPPINES — LGU-CDO is proud after City Scholarships Office Head Richel Petalcurin-Dahay was selected as one of the 13 Filipinos who will participate in the Governance and Society Institute of the YSEALI PFP (Young Southeast Asian Leaders Initiative Professional Fellows Program) supported by the U.S. Department of State’s Bureau of Educational and Cultural Affairs.

Dahay’s initiatives in the City Scholarship Program and advocacy of youth empowerment and good governance contributed significantly to the selection for the six-week program.

Part of the program is Dahay’s immersion in the education programs and policies of the host state, including the promotion of Cagayan de Oro and bringing her learnings and experience to develop the education agenda of the LGU-CDO.

Dahay will also focus on the possibility of a continuous ‘sisterhood’ between Atlanta City and the city of Cagayan de Oro for future learning exchanges and partnerships.

Dahay is expected to leave on September 12.

Aside from Dahay, City Scholar Liam Aiken Osorio also qualified under the Academic Fellowship student category, where he will represent the country and city this October, also under the YSEALI program.

Osorio became a national awardee of Ten Outstanding Youth in the Philippines after creating a non-governmental organization that helps trisikad drivers during the pandemic called ‘Tabang Sikad‘ and headed the city scholars organizations in Barangay Carmen.

Mayor Uy said in a Facebook post that he was pleased that City Scholarships Office Head Richel Petalcurin-Dahay was selected as one of the 13 Filipinos to participate in the Governance and Society Institute.

(As a Mayor and Father of the City, I am very proud and happy because I have seen the success of two city representatives in another country.) – WhatALife!/Zed