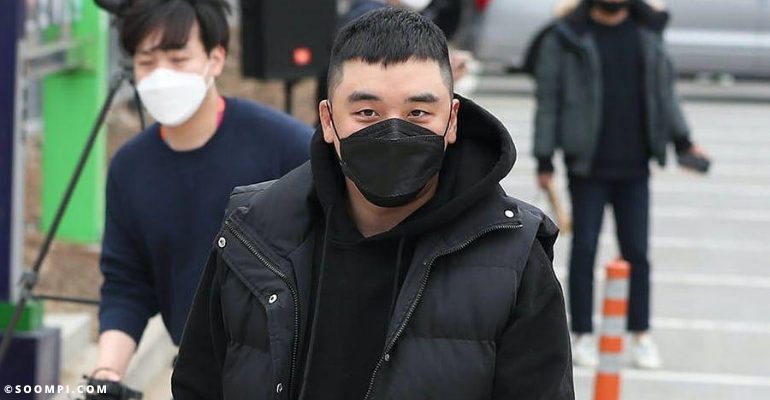 Aside from the five-year jail time, Seungri is also requested to pay a 20 million won (approximately P871,390) fine.

He enlisted as an army conscript last year, with the military court hearing his trial.

The military prosecution explained, “The defendant committed crimes continuously over several years. He used Korean women to mediate prostitution to foreign investors for his personal financial gain, and also maintained relationships with them through gambling.”

“Although the defendant gained the largest profit from these crimes, he is not reflecting for the major crimes and laying responsibility on others while saying that he is not involved,” they added.

The final sentence will be determined at the sentencing trial on a future date specified by the court.

Seungri’s side of the defense

The former BIGBANG member attended the latest hearing for the “Burning Sun” trial at the general military court in Yongin on Wednesday morning, June 30.

He continued: “But I didn’t know much about finance, accounting, and documents, so I consulted Yoo In Suk about it and came to be part of Yuri Holdings. Yuri Holdings was already a business that Yoo In Suk and other executives were preparing, and I just went along with it.”

The 30-year-old singer also tackled the prostitution mediation charge, saying, “I didn’t know anything, and I found out during the investigation.”

He particularly stressed that he was not involved in calling prostitutes, referring to the fact that the investigation process revealed that the women who actually attended the scene were not prostitutes nor his acquaintances. But instead, someone else’s from the chatroom.

On the filming illegally hidden camera footage allegation, he stated, “I just posted a photo from a spam text message that I received from an entertainment bar employee in China without much thought. I’ve never sent a picture like that before, and I’ve never taken one either.”

Seungri also defended himself against the prosecution’s questions regarding the alleged prostitution charges.

“I was interrogated too much at the time that I said I heard it, but I actually don’t remember it. I don’t remember the [fact of prostitution] at all, but I had to admit it was true because the woman’s statement said it was,” he said.

“But when I read the statement after I was indicted, it was too unreliable. I was young and popular at the time, so I wasn’t in a position to pay money to maintain relationships with people,” Seungri continued.

Seungri then mentioned being booked with embezzlement due to the issue with Monkey Museum, stating, “Since it is legal advice for Monkey Museum, I thought it was right for the owner, Yuri Holdings, to pay the consultation fee.”

He continued: “It was a decision for the company, not for the CEO or DJ, out of concern that the damage would be severe if it became known that something scandalous happened at Seungri’s club.”

Meanwhile, he addressed the group chatroom with Jung Joon Young, saying, “The messages in that chatroom are not everything in my life. There were more than ten chatrooms that I participated in, and I used about five other social media apps besides Kakaotalk. There are 500 messages that accumulate in just an hour. Just because I get messages doesn’t mean I saw and knew about them all.”

Then he added, “Since the chatroom was only between friends, there was an exchange of inappropriate words and actions. I didn’t know they would be revealed, so I apologize to the public.”

BIGBANG rose to widespread fame following its 2006 debut. Seungri, whose real name is Lee Seung-hyun, was the lead dancer, vocalist, and maknae (youngest) in the group. He also became a successful businessman. However, the public backlash over the now known “Burning Sun” scandal and formal investigations pushed him to retire his entertainment career in 2019.

Moreover, the investigation into the scandal surrounding him uncovered several allegations against other musicians and personnel at YG Entertainment—Seungri’s former agency and one of the biggest K-pop management firms. This prompted the agency CEO Yang Hyun-suk to step down last year while facing his own probes into illicit gambling.