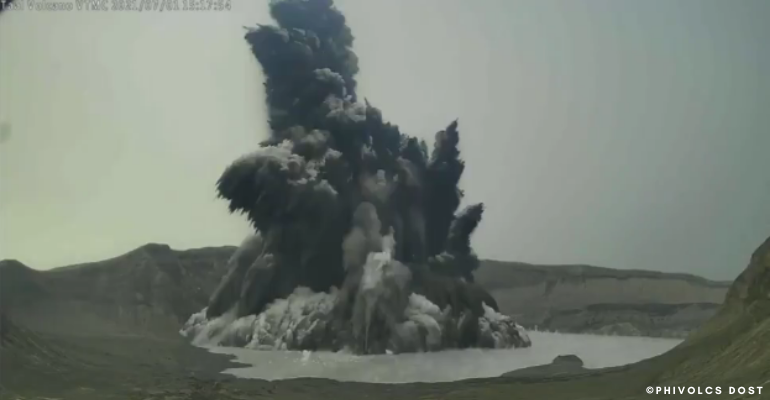 The Philippine Institute of Volcanology and Seismology (Phivolcs) raised Alert Level 3 over Taal Volcano in the province of Batangas due to magmatic unrest on Thursday, July 1.

It was previously placed under Alert Level 2 last March 9 due to increasing unrest.

“This means that there is magmatic intrusion at the main crater that may further drive succeeding eruptions,” Phivolcs said, referring to rising magma.

This is a developing story. Stay tuned!