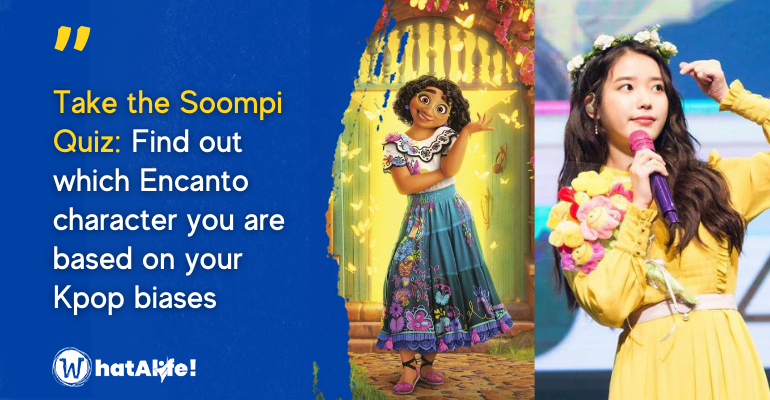 Have the chance to know your Encanto character by taking a Soompi quiz and picking your favorite K-Pop songs!

Soompi is an English online media that aims to provide complete coverage about the culture of Korean pop, also known as ‘K-Pop.’

There are numerous quizzes concerning K-pop that the Soompi website provides to readers.

For instance, the ‘QUIZ: Pick Your Favorite K-Pop Songs And We’ll Tell You Which “Encanto” Character You Are!’ Soompi quiz.

An Encanto character will show and flash in the results of the quiz depending on the genre of the K-pop songs you choose. The Soompi quiz result will also provide a character description that describes the Encanto character assigned to the people.

It consists of six multiple choice questions about K-pop songs that you prefer.

The Soompi quiz is made by ‘binahearts,‘ a Soompi writer currently obsessing over Hwang In Yeop.

Encanto Soundtrack: No. 1 for Nine Consecutive Weeks in Billboard 200

The latest Disney film, Encanto, became an instant hit worldwide after its release date last November 24, 2021, which started in the United States of America. The film is well-known because of its relatable storyline and soundtrack about family and personal struggles.

In fact, the soundtrack of the Disney film has spent nine consecutive weeks on the number 1 rank in Billboard 200.