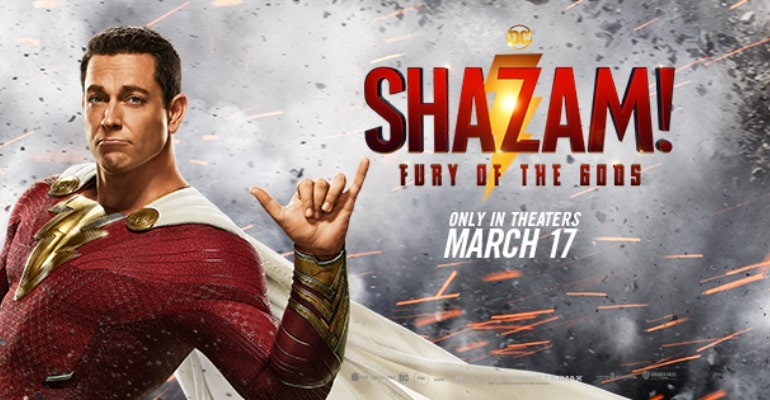 HOLYWOOD, USA — New Line Cinema’s new “Shazam! Fury of the Gods” movie will be coming to cinemas this March 2023.

The trailer shows how Billy won’t be fighting against the evil Hespera and Kalypso, daughters of the Greek Titan Atlas, alone. Instead, his adoptive family will be fighting alongside him.

Watch the trailer below:

The movie is filled with returning cast members, stars such as Zachary Levi from “Thor: Ragnarok” as Shazam and Asher Angel from “Andi Mack” as Billy Batson.

Other cast members include:

David F. Sandberg, director of the first “Shazam!” movie, directs the sequel. His other works include “Annabelle: Creation” and “Lights Out.”

The film is based on DC Comics characters created by Bill Parker and C.C. Beck. The story revolves around Billy, who transforms into his adult Super Hero alter ego, Shazam, after saying the magic word “SHAZAM!”. – WhatALife!/Zed