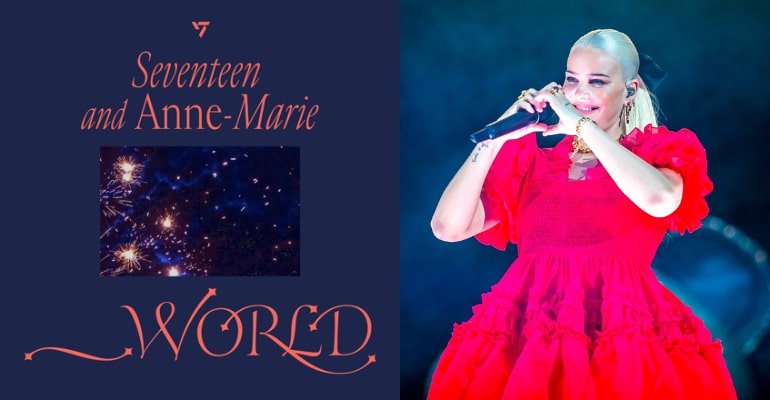 ‘_WORLD’ is the fourth full-length repackage album by SEVENTEEN, titled “SECTOR 17,” which came out on July 18.

Following a Twitter exchange last month, the two artists suggested cooperation. With the caption “WE’RE LOOKING AT YOU,” members Hoshi, The8, and Vernon released a video of themselves dancing to Anne-most Marie’s recent single, “I Just Called.”

Later, Anne-Marie tweeted back, “Can I join you in your new world?

Can I join you in your new world?

In 2018, she released her first studio album, “Speak Your Mind,” which peaked at number three on the UK Albums Chart.

The Asia leg of the “Be The Sun” concert series will begin mid-September after a two-night residency in Seoul’s Gocheok Sky Dome. –WhatALife!/Brix