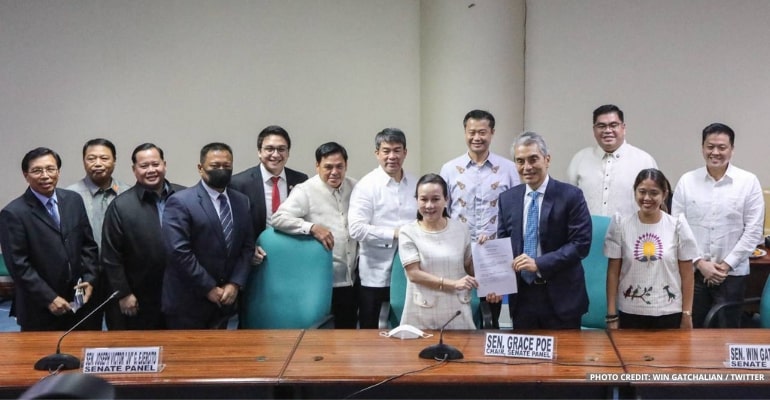 MANILA, PHILIPPINES — The bill seeking to make SIM registration mandatory has been approved by the Senate during third and final reading on Tuesday.

Senator Grace Poe, one of the bill’s authors, said during ANC’s Headstart on Wednesday that the bill may be passed into law within the year.

“Again, unanimously [approved] in the Senate and with big support, I think and I’m hoping that the president will sign it and would become a law hopefully within a month or two. So, within this year,” she said.

According to Poe, the SIM Registration bill was the first to be passed jointly in the 19th Congress.

(The Subscriber Identity Module (SIM) Registration Act is already Bicam-approved! Thank you to our fellow legislators for working hard to pass this.)

The SIM Registration bill aims to curb crimes such as scam text messages and others that are aided by SIM.

Poe said that the bill would help fight the “bombardment of unwanted text messages.”

The bill mandates SIM card users to register their personal information with PTEs (public telecommunications entities) by presenting their valid government IDs and other required documents.

Minors may register via their parents’ or guardians’ names.

Registration for all existing SIM card users has 180 days from the effectiveness of the proposed law. However, the DICT (Department of Information and Communications Technology) may extend the registration for a period of no longer than 120 days.

In the 18th Congress, the bill was able to reach Malacanang for the president’s signature. But, former President Rodrigo Duterte vetoed the bill due to the provision of social media registration. – WhatALife!