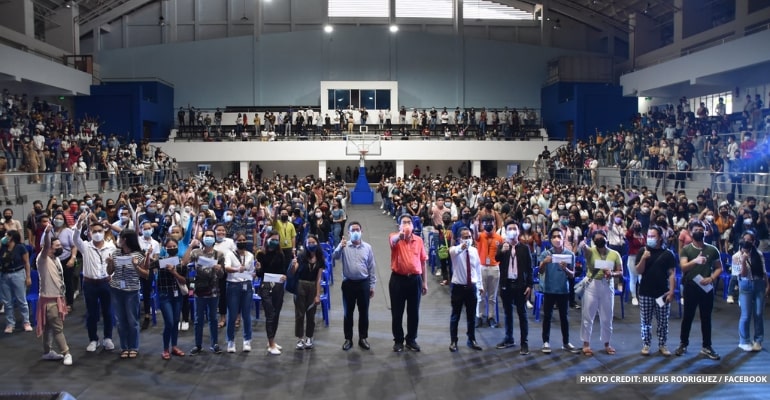 This bill is an act changing the name of USTSP into USTP, and it also amends Republic Act No. 10909 to be read as the “University of Science and Technology of [Southern] THE Philippines[(USTSP)(USTP)] Act.”

Representative Rufus B. Rodriguez, the author of House Bill 1456, said that the emphasis on “southern Philippines” in USTSP’s current name gives off the impression that the university only caters to and educates students from the southern part of the country, that is not the case. In reality, it serves and caters to all individuals in the nation.

“In fact, the excellent performance of the University of Science and Technology of the Southern Philippines today in all areas, especially in Mechanical Engineering August 2022 exams wherein it ranked 4th nationwide, makes it very clear that it is at the forefront in the delivery of science and technology courses in the entire Philippines,” Rodriguez added.

Any laws, presidential decrees, executive orders, and rules and regulations contrary to or inconsistent with the provisions of this Act, RA No. 10919, are to be repealed or modified accordingly. The act will take effect fifteen (15) days after it is published in the Official Gazette or in any newspaper that is in general circulation.

The last time it was proposed was during the 18th Congress, but unfortunately, the Senate failed to hear on the final reading. Therefore, Congressman Rufus Rodriguez earnestly sought the prompt passage of this bill in the present 19th Congress. – WhatALife!/Zed