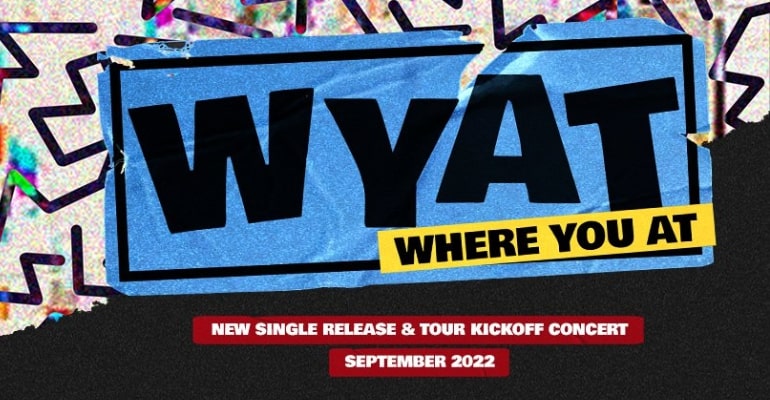 MANILA, PHILIPPINES — A’TIN, the time has come! Following days of fan teasing, the P-pop boy group SB19 is ready to release its upcoming single “WYAT [Where You At]” on Friday, September 2.

“WYAT [Where You At],” a disco-pop song that “highlights the urgency of detachment to reconnection of the times,” will be made accessible on all streaming services along with the debut of its official music video.

A’TIN are in for a treat since SB19 will start a local and worldwide tour in September in addition to their single “WYAT.”

The WYAT (Where You At) tour will start at the Smart Araneta Coliseum on September 17. However, the concert’s ticketing information has not yet been released.

Tickets have started start selling back on August. Moreover, the WYAT Tour Manila Tickets officially sold out in less than 24 hours.

Those with a VIP Standing ticket also have access to a live soundcheck as an added perk.

Although there aren’t many specifics available regarding the remaining dates of the concert tour, it’s been reported that the band would perform in Clark, Cebu, and Davao, among other places.

In October, they will take a flight to Singapore, the United States, and the United Arab Emirates.

The generation’s most well-known P-pop group is the five-member SB19 who continue to dominate with their trailblazer chemistry.

As the release of the newest single is approaching, the A’TIN (SB19 fandom) are now stretching to make another history on Twitter Worldwide by trending for #WYAT.

The release of #SB19's 'Where You At' is tomorrow 12noon, let's keep the tweet discussions busy to hype this song in BBHTS!

#WYAT @SB19Official will be a sure fire hit hit song!

With the official release of their 90s vibe retro music #WYAT 'Where You At', @SB19Official did not only break the trends in fashion as what they have posted on their group photo teaser but also the song itself is iconic from the title, to its genre, in this modern times. #SB19

With P-pop emerging, these Pinoy idol groups are undoubtedly taking fans on a journey, buckled up and ready to go wherever the music takes them! –WhatALife!/Brix