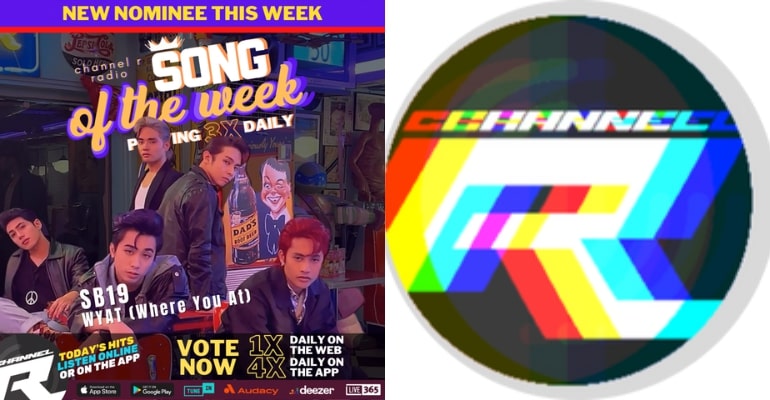 MANILA, PHILIPPINES — On Tuesday, September 6, Channel R Radio announced on its official Twitter account that SB19’s ‘WYAT’ has been recognized as the new nominee for its ‘Song of the Week.’

The song voted by the listeners will be Channel R radio’s ‘Song of the Week,’ which will play three times daily on the radio’s play times.

Vote for the next Channel R Song of the Week!

Fans are given two ways to vote for their idols: APP-ONLY and Website voting.

Step 2: Select your favorite from the list given below.

Step 5: If you see a “Thank you for your vote” message, it means that during the last 24 hours, you have already voted on the website. So, for another chance to vote, you may come back the next day.

For the APP-ONLY option, you may download the Channel R Radio App, which is available for iOS and Android. Exclusively inside the app, users get access to a bonus of 4X daily voting (in addition to the 1X daily vote on the website). This means that during each weekly voting period, fans have up to 28 more votes.