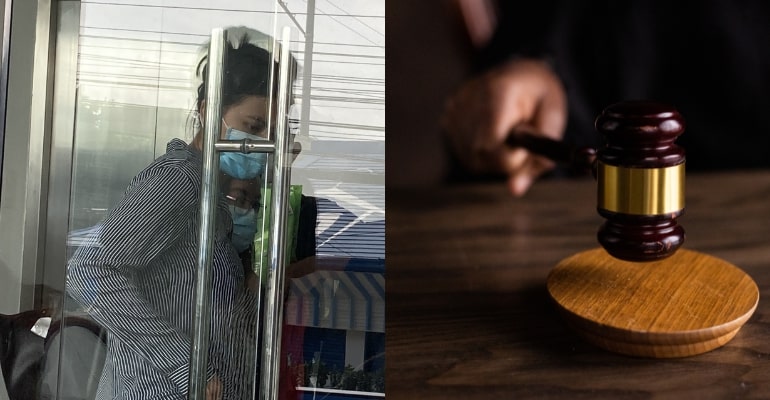 MANILA, PHILIPPINES — On Monday, September 5, Makati City Prosecutor’s Office revealed that Gwyneth Anne Chu, known as the ‘Poblacion Girl,’ pleaded guilty to skipping mandatory quarantine upon returning to the country from the US last December. A Php 20,000 fine has been set for Chua for her violation.

According to Assistant City Prosecutor Rafael Rodrigo Esguerra, when asked to enter a plea, she quipped “guilty.”

The media was only allowed to remain outside the courtroom, but Chua refused to make any comments to them. Her lawyers also choose not to respond.

On December 23, 2021, only two days into her required quarantine at the Berjaya Hotel after returning from the US, Chua was spotted having fun in Poblacion, Makati. She then confirmed that she had COVID-19.

Chua’s parents and legal counsel attended the arraignment on Monday.

The initial complaint included her boyfriend Rico Atienza, and her parents, Allan and Gemma.

During the press release from the Justice Department dated May, Chua’s mother joined her when she returned on December 25, while her father fetched her from the hotel on December 22, 2021. On December 23, she was with her boyfriend in a bar in Poblacion, Makati.

However, the investigating prosecutors decided there wasn’t enough evidence to bring charges against them and the other hotel workers.

Esteban Gatbonton, a security guard, had already entered a not guilty plea. Thus the case against him will go forward.

Gatbonton, the Berjaya Hotel security officer, is accused of helping Chua escape from the quarantine facility.

“That kind of accusation necessarily assumes that he (Gatbonton) should be detained. I don’t see where the obligation is, and I don’t think that he has the power to detain or even to restrain,” Jose Bernas, Gatbonton’s lawyer, said.

Chua’s guilty plea won’t have an impact on Bernas’ client’s case because it is a different matter, he added. –WhatALife!/Brix