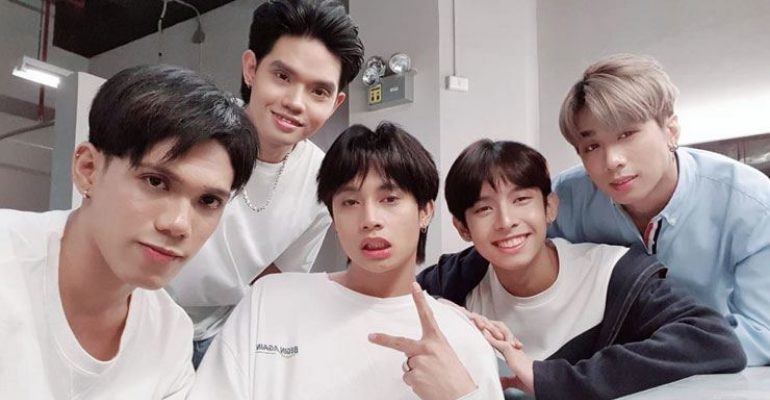 If you have been following SB19, you probably know that this is not the first time the quintet achieve such a feat.

Pinoy pop (P-pop) group SB19 once again placed at the Billboard’s LyricFind Global chart with their second single, “Go Up,” claiming the top spot. This feat is now their seventh song to rank first on the said list, Inquirer reported.

“‘Go Up’ is now our 7th song to take the top spot of this chart. Keep being amazing, A’TIN!” the group announced on Instagram Tuesday, January 26.

“Go Up,” which was released in 2019, has already appeared on the said chart before.

SB19 also claimed the top spot on their other songs, namely “Alab,” “ikako,” “Love Goes,” and “Tilaluha,” which all ranked first on Billboard’s LyricFind Global chart in different weeks.

Earlier this month, their hit single “Hanggang Sa Huli” peaked at the top spot. Meanwhile, their other hit, “‘Wag Mong Ikunot ang Iyong Noo,” debuted at number one in mid-January.

The LyricFind charts rank the top-trending lyric searches through LyricFind’s syndication service, according to Billboard.

Apart from hitting top spots on the chart, SB19 has also made a name for itself on Billboard by ranking 6th among the Top Social 50 Artists of 2020, making them the only Filipino act to get into the said list.

SB19 is a five-member Filipino boy band composed of Josh, Sejun, Stell, Ken, and Justin who debuted in 2018 with their first single, “Tilaluha”. They are the first Filipino act trained by a Korean entertainment company to debut in the Philippines.

Also Check Out: BLACKPINK’s “As If It’s Your Last” MV reaches over 950M views