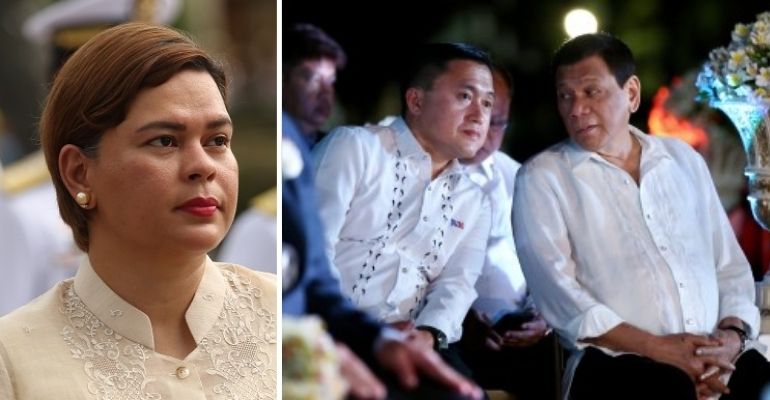 I am not a ‘Last Two Minutes’ person. I think, I organize, and I implement accordingly

Davao City Mayor Sara Duterte has urged President Rodrigo Duterte and Senator Christopher “Bong” Go to “own up publicly their decision to run as a tandem” after her father “personally confirmed” to her his plan in the May 2022 elections.

In a statement on Wednesday, Sara did not mince words after her father reportedly said that he and Go are willing to set aside their political plan should she seek the Presidency.

“The President, very recently, personally confirmed to me that he will run for Vice President and Senator Go as President. It was not a pleasant event,” Mayor Duterte said.

Sara said that she received two letters from her father asking her to consider endorsing the Go-Duterte tandem or taking in Go as her vice president.

“I strongly suggest to the President and Senator Go own up publicly their decision to run as a tandem,” she also said.

“If they can confirm it privately, then I do not see the reason why they cannot be candid about it to the public…” the mayor added. “I respectfully advise them to stop talking about me and make me the reason for them running or not running.”

Mayor Duterte also called out the PDP-Laban faction of Senator Koko Pimentel and Ron Munsayac to “stop blaming me for the sad state of their political party.”

“It is not my fault that no one among you is a leader worthy of the respect of the majority,” she firmly said.

“Do not blame me for the sitcom that your party has been reduced to,” she added.

Likewise, Mayor Duterte said she is not a “Last Two Minutes person” and “refuse(s) to be a political punching bag for a party in complete disarray.”

Duterte-Duterte? Go-Duterte? None of the above? Let us know in the comments!