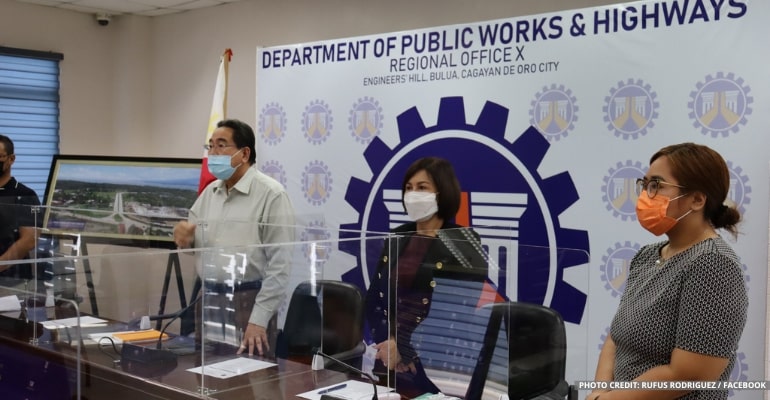 Rodriguez added that street lights are essential to avoid and lessen road accidents.

“Public safety is our utmost priority,” he said.

DPWH 2nd District Engineer Gabriel Guinitaran reported that they had energized 29 electrical posts in Barangay Gusa (Baywalk side) last August 17, 2022, and the other 8 posts on August 19, 2022.

Within 2 weeks, they will energize the Puntod and Lapasan segments.

“The construction of the posts and the purchase of the LED bulbs for the lighting program in the CdeO coastal by-pass road has been completed last July,” said Rodriguez.

According to him, the remaining work includes rewiring the stolen wires from the erected posts and tapping the electricity from CEPALCO. The latter needed the local government unit’s intervention to process the electrical permit and negotiate the bill deposits.

“I am thankful to DPWH for heeding our urgent request that the streetlights will be lit to deter criminality and promote safety for drivers and pedestrians,” he added.

From 2008 to 2016, the CdeO lawmaker secured a total of Php 1.9 billion for constructing Phase 1 of CdeO’s coastal by-pass road going through Puntod, Lapasan, and Gusa.

The estimated Php 2.5 billion 2nd phase of the coastal road from Gusa to Puerto is ongoing.

The installation of a megaflood control system using up-to-date technology to mitigate the flood problem in the Bitan-ag Creek, Limketkai, and USTP areas is one of the most important proposals.

The proposal intends to install flood water pumps and booster pumps in Bitan-ag Creek, Agora Market area, and Butuan-CDO-Iligan conjunction. The pumps are expected to draw a large volume of water from the Limketkai/USTP area to Macajalar bay. Additionally, it will also remove high volume trash that clogs Bitan-ag Creek.

The project is estimated to cost P925 million, funding that Cong. Rufus will push during the budget deliberations of the General Appropriations Act 2023.  –WhatALife!/Zed