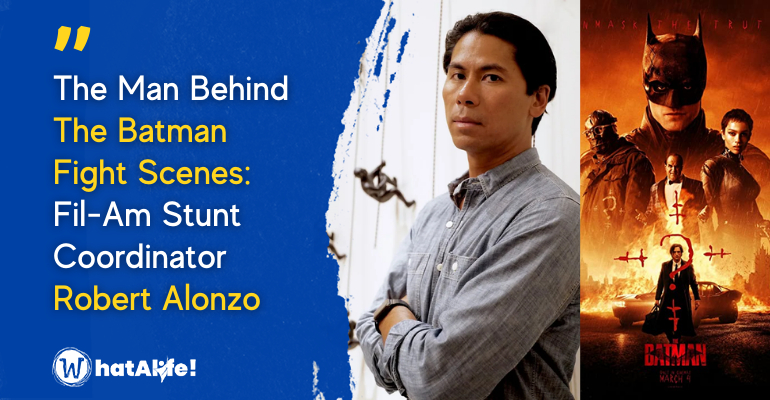 Robert Alonzo is a stunt choreographer who trained the lead stars of ‘The Batman’ Robert Pattinson and Zoe Kravitz to prepare them for a fight scene.

The most awaited and anticipated movie ‘The Batman’ has Robert Pattinson playing the role of Batman and Zoe Kravitz as Catwoman as its lead stars.

During the interview of the lead stars Pattinson and Kravitz, they described Alonzo as a great trainer with great styles.

The Life Story of the Talented Filipino-American, Robert Alonzo

The talented Robert Alonzo was born in the Philippines and raised in the United States. For five years, Alonzo and his family stayed in San Francisco before settling down in Los Angeles.

Alonzo said that being a director was his childhood dream. He shared during his interview that directing a movie with an action genre is what he wants in his starting career. But Alonzo was also planning to explore handling crime, thriller, and even animated genres of film in his career.

For 25 years, Robert Alonzo became a veteran second unit director and fight choreographer. Now, he was a stunt director in a major premiering film in the cinemas here in the Philippines and all over the globe, ‘The Batman.’ – WhatALife!

Also Read: ‘The Batman’: The Cancellation of Movie Release in Russia