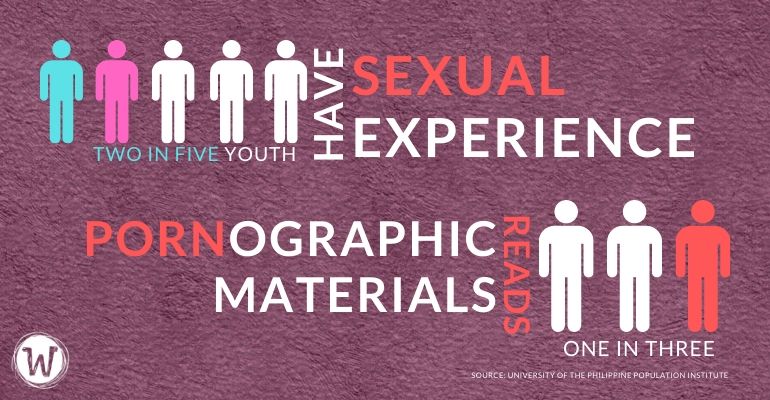 Based on the study conducted by the University of the Philippines Population Institute (UPPI), Northern Mindanao ranks second highest next to the Davao Region.

“This is, again, confirmed by 2017 National Demographic and Health Survey (NDHS), which said that Region 10 is second highest in teenage pregnancy in the Philippines, next to Davao Region,” said Gupit during a press conference in line with the Population and Development Week 2019 celebration.

In 2018, the NDHS estimated the region’s population was around 4.9 million—having 20 percent are in their teens.

Gupit further mentioned that from January to mid-June this year, around 3,000 babies were born and delivered by teenage mothers. In other words, an average of 24 births per day.

“The rise of teenage pregnancies is due to the failure of the parents to pay attention to their children,” Gupit noted. With the lack of supervision from parents, today’s youth can easily access online pornographic materials via electronic devices. Consequently, leading the curious teens to experiment.

Moreover, in the UPPI study, they found out that two in five youth in the region already have sexual experience; and one in three read pornographic materials.

Percent of teenagers in the region who engaged in the following:

UPPI also noted that 9 out of 10 Region 10’s youth have had premarital sex, which makes them vulnerable to pregnancy and sexually transmitted infection.

Meanwhile, the Department of Health-10 has indicated in its data the total fertility rate in the region remains high at 2.7 in 2017—still higher than the expected replacement fertility level of 2.1.

A replacement fertility level is the level of fertility at which a population exactly replaces itself from one generation to the next.

To address this, Gupit challenges parents to establish a strong relationship and closeness, especially with their adolescent children; to provide the attention they needed.