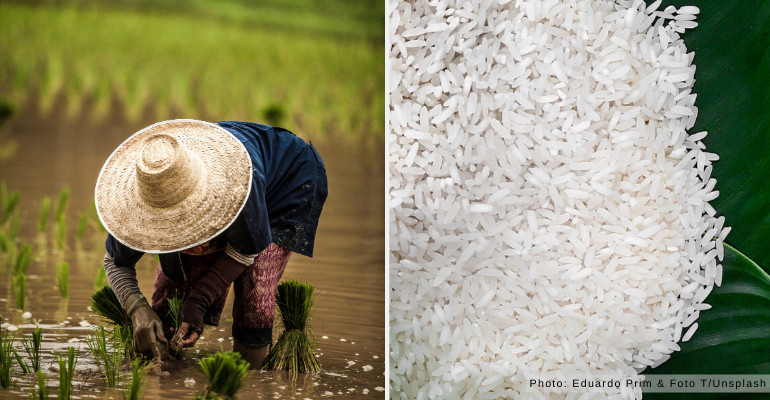 By virtue of Proclamation No. 524, signed by President Gloria Macapagal-Arroyo on Jan. 5, 2004, November is officially National Rice Awareness Month (NRAM).

This year, the annual celebration is themed “Quality Rice, Quality Life” as part of the Department of Agriculture’s awareness campaign.

The United States Department of Agriculture-Foreign Agricultural Service reports that the Philippines is importing up to 2.3 million metric tons. However, the number only continues to grow as it keeps failing to satisfy the growing demand.

According to the National Solid Waste Management Commission & International Rice Research Institute, “the Worldwide Fund for Nature (WWF) estimates that Filipinos waste up to 308,000 tons of rice every year, enough to feed 4.3 million Filipino people.” To put the amount of rice wasted into perspective, the Public Information Agency of Central Visayas posted a tweet saying, “The Department of Agriculture (DA) in region 7’s information officer Melquiades Ibarra says that each Filipino wastes 2 spoonfuls of rice a day!”

The Department of Agriculture (DA) in region 7’s information officer Melquiades Ibarra says that each Filipino wastes 2 spoonfuls of rice a day! #EmpoweringCommunities

It’s worth noting that while Filipinos can shift to consuming other crops as alternatives, the call to not waste rice—along with other resources—is just as strong. In reality, these statistics are only examples of the multitude of reasons that further emphasize just how crucial NRAM is.

You Might Also Want To Check Out: PH on World Food Day: ‘access to sustainable and affordable healthy diet’

To combat the steadily decreasing price of rice throughout the country, the House of Representatives approved Joint Resolution No. 19 in which Php 9.9 Billion would be added to the National Food Authority’s budget for procuring palay (rice crops). Furthermore, Pantawid Pamilyang Pilipino Program (4Ps) beneficiaries, as well as policemen, soldiers, and other uniformed personnel who are due to receive their portion of the allocated funds will be given rice instead of its cash equivalent.

In the end, while the authorities are spearheading these initiatives, we should also do our part to support our farmers. DA Field Unit 6 (Western Visayas) Regional Information Officer James Earl Ogatis said it best, “farmers can benefit because this will have a trickle effect once our consumers will patronize their products.”

Remember, the growth of our local community is a building block for the development of the entire country.