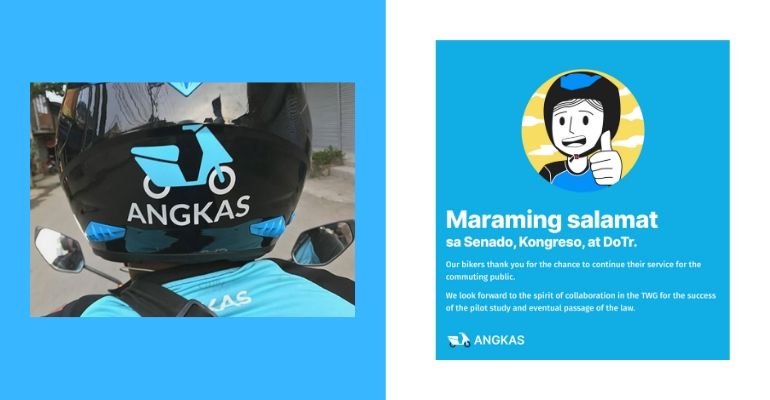 On January 22, the Department of Transportation (DOTr) Technical Working Group (TWG) announced the continuation of the motorcycle taxi pilot run, raising the rider cap to 63,000 nationwide.

Ride-hailing firm Angkas can now also continue offering their services after the TWG canceled its recommendation to blacklist the firm.

During a press conference following the hearing at the House of Representatives, TWG Chair Antonio Gardiola Jr. said the new rider cap will be distributed among the three pilot test areas—Metro Manila, Metro Cebu, and this time, Cagayan de Oro (CDO).

Gardiola explained the inclusion of CDO is an effort to include Mindanao in the pilot study for motorcycle taxis. Furthermore, the pilot run has been extended from December 2019 to March 23, 2020, and could still be further extended if necessary.

Earlier this week, TWG recommended to blacklist Angkas due to “legal rigmarole”.