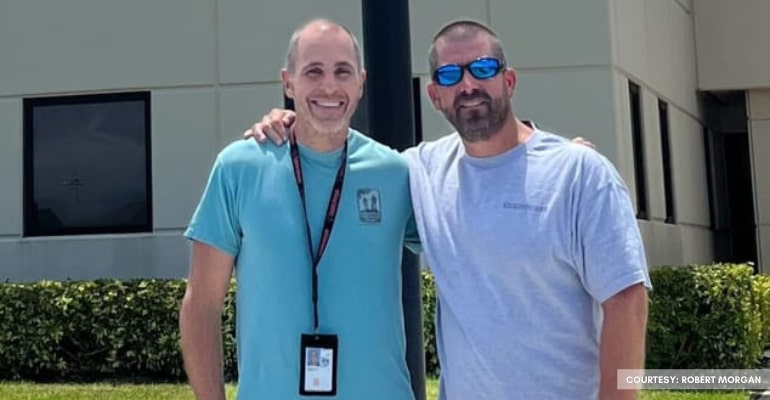 MIAMI, USA — According to US media reports, a passenger with no prior flying experience, Darren Harrison, landed a tiny plane at a Florida airport after the captain became “incoherent” due to a medical emergency.

According to NBC, Harrison, who was the sole passenger on the single-engine Cessna 208, depended on air traffic control to guide his arrival at Palm Beach International Airport, which is about 68 miles north of Miami.

When the call came in from the jet departing from the Bahamas, Air Traffic Controller Robert Morgan, a certified flying instructor, was on a break.

“I rush over there, and I walk in, and the room is really busy, and they’re like, ‘Hey, this pilot’s incapacitated. The passengers are flying the plane. They have no flying experience,” Morgan told CNN’s “New Day” on Wednesday.

Morgan has never piloted a Cessna of this sort before. He drew out a picture of the instrument panel’s layout and began walking his new learner through each step.

“Try to hold the wings level and see if you can start descending for me. Push forward on the controls and descend at a very slow rate,” the air traffic controller official told Harrison.

“I felt like I was going to cry then because I had so much adrenaline built up; I was really happy that it worked out and that nobody got hurt,” Morgan said.

As another air traffic controller conveyed what had just happened over the airwaves, other pilots were stunned.

The pilot’s status and the cause of the medical issue were not immediately disclosed, but Palm Beach Fire Rescue reported a patient was taken to the hospital after the plane landed. – WhatALife!