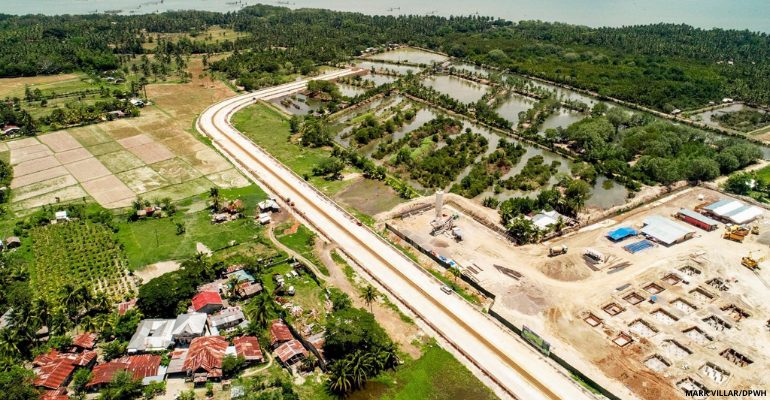 Dubbed as the Longest Bridge in the Philippines, the Panguil Bay Bridge has finally made progress after months of delay due to the quarantine measures caused by the pandemic.

“When completed, travel time from Tangub City in Misamis Occidental and Tubod in Lanao Del Norte will be reduced from 2.5 hours (via RoRo) to only sevem minutes,” Villar wrote in the captions.

The Panguil Bridge Project is a 3.7km-long two-way, two-lane bridge which would connect Tangub City in Misamis Occidental and Tubod Municipality in Lanao del Norte.

It has a total cost of P7.352 billion funded by the Export-Import Bank of Korea-Economic Development Cooperation Fund and Government of the Philippines.

Aside from reducing the travel time between Tangub and Tubod, the Panguil Bridge will also accelerate the economic growth in Mindanao through the seamless transportation of goods and services.

It will also reduce traffic congestion in the area and serve as a gateway for both cities.

The mega-bridge is being developed under a build-transfer-operate (BTO) scheme and forms part of the government’s Build, Build, Build program.

The Panguil Bridge Project went through multiple consultants between 1988 and 2008. After years of evaluation and planning, the National Economic and Development Authority (NEDA) Board approved the project in 2015.

The groundbreaking ceremony for the construction of the Panguil Bay Bridge hen took place in November 2018, which President Rodrigo Duterte attended himself.

Once completed, Panguil Bay Bridge—scheduled to be completed on November 2021—will become the longest water-spanning bridge surpassing the San Juanico Bridge, which connects the islands of Leyte and Samar.