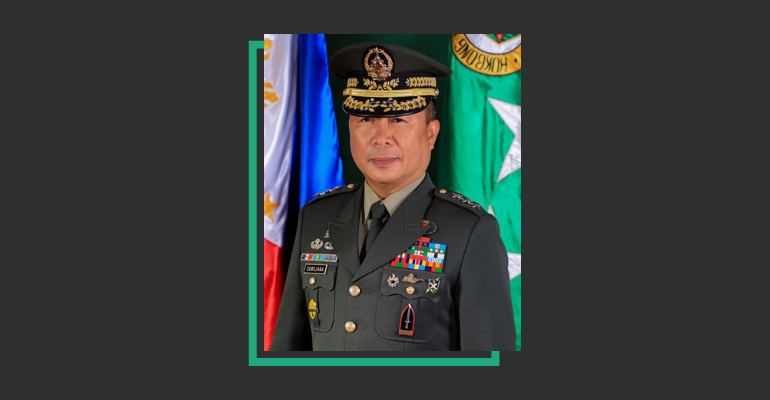 President Rodrigo Duterte has appointed Army commander Lt. Gen. Cirilito Sobejana as the next chief of the Armed Forces of the Philippines to succeed General Gilbert Gapay, Malacañang said.

“We are confident that General Sobejana will continue to modernize our military and undertake reform initiatives to make the Armed Forces truly professional in its mandate as the protector of the people and the State,” Presidential Spokesperson Harry Secretary Roque said.

Gapay will reach the military’s compulsory retirement age on February 4.

Meanwhile, Sobejana has vowed to work harder to continue to professionalize the military.

“Let us work together to pursue a professional military that is always ready to protect the Filipino people and (secure) the country,” he said in a message to reporters Wednesday night, January 27.

The incoming AFP Chief also thanked Duterte for the trust he gave him, adding that it is a “great honor” for him to be selected as the 55th AFP chief.

“I am deeply grateful for the trust given to me by our Commander-in-Chief, President Rodrigo Roa Duterte, to take on responsibility and ensuring that this great institution of ours will faithfully perform its duty in protecting the sovereignty of our country against internal and foreign threats,” Sobejana said.

Sobejana is a member of the Philippine Military Academy Class of 1987 and is the first in his class to rise to the highest post in the military.

Like Gapay, he will be a short-term AFP chief as he will reach the mandatory retirement age of 56 on July 31.

Sobejana had received the Medal of Valor, the military’s highest honor, as a young captain who was severely wounded in leading his platoon against Abu Sayyaf bandits in Basilan.