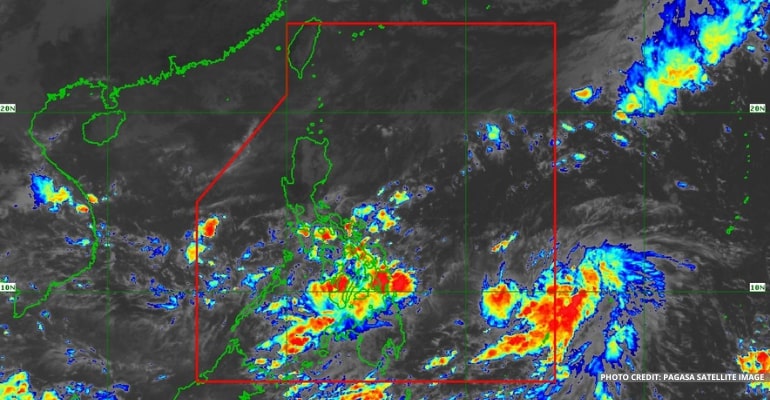 MANILA, PHILIPPINES — Paeng has triggered the hoisting of tropical cyclone wind signals in more areas of the country ahead of its projected landfall in Catanduanes on Saturday.

In its 11 a.m. bulletin, PAGASA (Philippine Atmospheric, Geophysical and Astronomical Services Administration) placed areas around Visayas and Mindanao under Signal #2.

Tropical Storm Paeng (international name Nalgae), the Philippines’ 16th tropical cyclone for 2022, is threatening much of Luzon, the Visayas, and Mindanao just as the country heads into a long weekend to mark All Saints’ Day and All Souls’ Day.

PAGASA said by Sunday morning, Paeng may make another landfall over the east coast of Quezon.

Paeng could intensify into a Severe Tropical Storm category as it approaches Southern Luzon and Central Luzon.

Before it hits Luzon, Paeng is already bringing rain over the Visayas and Mindanao.

Less likely to become a typhoon

Contrary to previous forecasts, Paeng is now less likely to intensify into a typhoon or a supertyphoon, PAGASA said. They also lowered the highest possible projected wind signal from Signal #4 to #3.

(In our previous forecasts, we expected this to become a typhoon, but now it will only be a severe tropical storm. The highest cyclone wind signal expected is Signal No. 3.)

PAGASA also confirmed that Paeng caused the floods in parts of the Visayas and Mindanao.

NDRRMC (National Disaster Risk Reduction and Management Council) reported that 138 areas were flooded due to Paeng, with ten recorded rain-induced landslides in the Bicol Region, Western Visayas, and Eastern Visayas.

At least 13 people confirmed dead due to landslides and severe flooding caused by Typhoon Paeng.

Ten casualties due to landslides caused by Paeng came from Datu Blah Sinsuat town and three others from Datu Odin Sinsuat town, both in Maguindanao del Norte.

Heavy rains spawned by the typhoon flooded Cotabato City and at least five localities in Maguindanao. As heavy rains from Paeng descend on the region, the local government has ordered the suspension of schools and work.

Bangsamoro Senior Minister Abdulraof Macacua ordered the suspension of work in offices under the Bangsamoro government in Cotabato City and other affected areas in the region.

Cotabato City Mayor Mohammad Ali “Bruce” Matabalao, of the seat of the BARMM government and a chartered city of Maguindanao, also ordered the suspension of work and classes at all levels in the city due to massive flooding. – WhatALife!/Zed