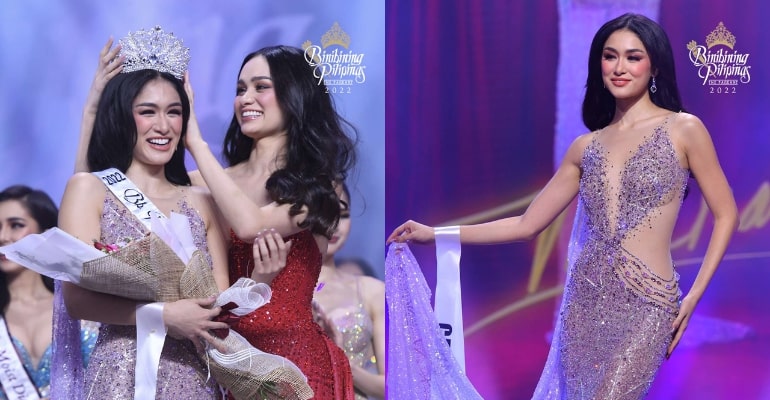 Actor Donny Pangilinan, a special guest panelist, asked Borromeo during the Top 12 Question and Answer segment: “On a scale of 1–10, how would you evaluate yourself as a responsible Filipino citizen and why?”

“As a responsible Filipino citizen, I’d like to give myself a good eight since I know there’sthere’s always the potential for improvement,” the 20-year-old responded.

“I still have a lot to learn despite how much I know I don’t. And I want to accomplish it with you,” she added.

The P-pop boy group SB19 sang WIN YOUR HEART for the production number. The P-pop boy band puts their spin on the enduring theme tune, which was composed by Nonong Pedero, in the lyric video debuting on YouTube on July 11. Three minutes of brand-new music with rap and modern pop elements have been added to the song.

During their performance, Maymay and SB19 quickly became one of the top trending topics on Twitter, receiving tens of thousands of messages from pageant fans.