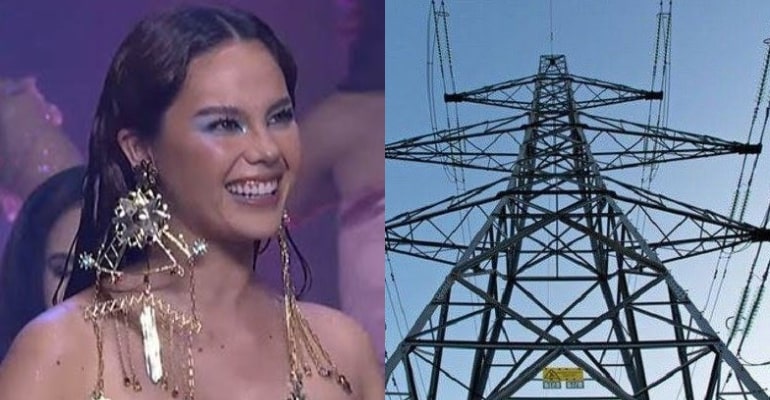 Heavy-looking earrings were hanging over Catriona’s collarbones, which sparked the internet’s funniest responses.

(I wish she wore earrings, it’s too plain!)

Here are some reactions from users on social media:

Some electricity transmission towers have been recalled too.

And our Best in Traditional Earrings goes to, Ms. Catriona Gray! 😜 #BinibiningPilipinas2022 pic.twitter.com/tw45kFmmJ0

ICYDK, the Pintados tattoos in the Boxer Codex inspired the partnership between the beauty queen and the artisan jewelry company MJorian, which crafted the earrings.

“To embody the warrior’s spirit shared by all of our 2022 Binibinis!” Catriona posted on her social media.

The former Miss Universe claimed that she has always loved statement earrings.

“I cherish earrings. At the moment, I’m obsessed with gold. Particularly with unconventional, accentuated earrings, rather than simply the traditional pearl or traditional chandelier,” Gray told PEP in January 2018.

The first runner-up was Herlene Budol of Angono, Rizal, while the second runner-up was Stacey Daniella Gabriel of Cainta, Rizal. – WhatALife!/Brix