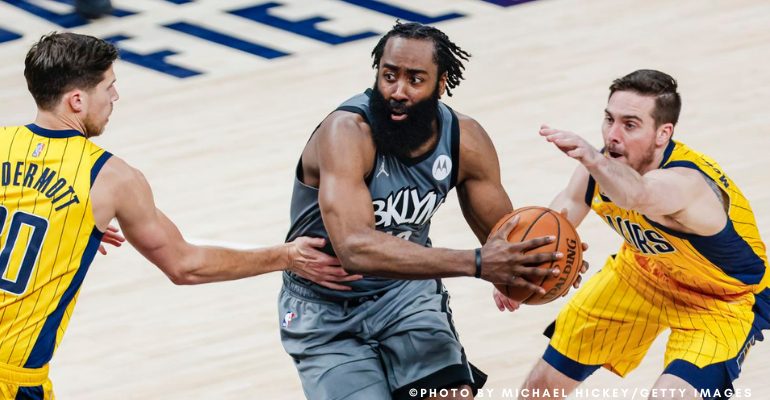 Brooklyn Nets won against the San Antonio Spurs on Wednesday night, May 12, with an overall score of 128-116.

What was notable in the Nets vs Spurs game was that James Harden returned to the lineup. Due to his hamstring injury, Harden was out in the court since April 5. With his return, he made the game so much easier for the Nets, gaining 18 points and 11 assists.

James Harden Back in the Game

Even though Kyrie Irving was out due to a facial contusion injury, Harden and the Nets proved that they have the skills to win the game.

Harden, in particular, came off the bench for the first time since he won the league’s Sixth Man award for Oklahoma City in 2011-22. In the Nets vs Spurs game, he played under a minutes restriction because he had missed 18 of the previous games. However, he was able to help Brooklyn beat the Spurs on Wednesday night.

According to him, after being sidelined for so long, he couldn’t remember how to even be a starter, but everything came back quickly.

“Not to like brag or anything, but I’m like really, really good at this game,” stated Harden.

He further added, “But that sixth-man role, I mastered that as well. I got an award for that role. That role is easy. Come in and impact the game. Do whatever it takes to win, whether it’s defensively or offensively. But that’s my role no matter what, especially on this team.”

San Antonio was playing for a play-in-spot in the NBA Playoffs, which was why they were gunning for a win against the Nets.

The Spurs just beat Milwaukee, 146-125. They scored a franchise record of 87 points in the first half. Unfortunately for them, the Nets displayed excellent performance.

Brooklyn had a 35-20 lead after the first quarter.

The Spurs tried to lessen the gap to six by the time Harden entered with 8:06 left in the second half. However, Brooklyn then led 57-51 in the second quarter, and on the third, they pulled away from the Spurs.

Harden had his first basket in the third quarter, which was a 3 pointer, starting a 7-0 spurt that extended a 9-point lead midway through the period.

The game ended with the Nets win 128-116. This is all thanks to players like Harden, Landry Shamet, and Nicolas Claxton. Shamet scored 21 points, while Claxton had a career-high 18 points. Thus, their Nets vs Spurs victory was their third straight win.

Also Read: Despite Westbrook’s brilliance, Atlanta wins in the Hawks vs Wizards game, 125-124