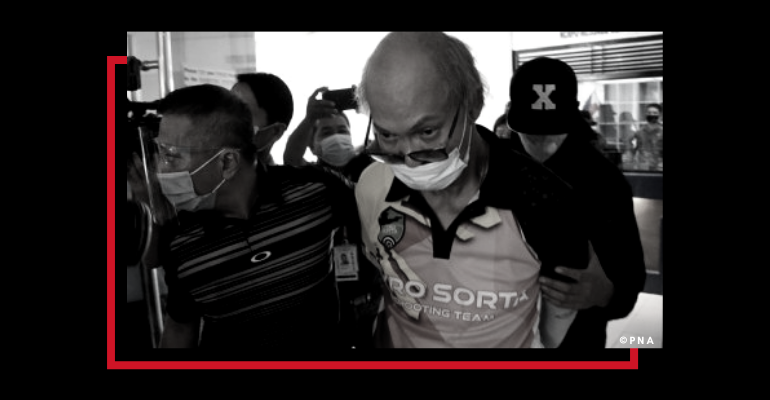 Cult leader and murder convict Ruben Ecleo Jr. died Thursday afternoon, May 13, due to cardiopulmonary arrest, the Bureau of Corrections (BuCor) said. He was 61.

Ecleo, who was serving a life sentence for killing his wife in 2002, recently returned to the New Bilibid Prison (NBP) from a private hospital after recovering from COVID-19 and liver complications.

The former “supreme master” of the Philippine Benevolent Missionaries Association (PBMA), which his father founded in 1965, was arrested in Pampanga in late July last year after years of being the country’s most wanted.

The provincial government of the Dinagat Islands mourned his death.

The office of Dinagat Island Lone District Rep. Alan 1 B. Ecleo, brother of Ruben, also announced the death of the controversial cult leader.

“With a heavy heart, we regret to announce the passing away of our beloved Ruben ‘Master Bobong’ Ecleo Jr.,” the statement read.

Local officials also expressed sympathy to the family of Ecleo in their social media posts.

In 2006, Ecleo was convicted of graft for the anomalous construction of a public market and town hall, and repairs of his cult’s building in Dinagat Island when he was mayor there in the early 90s. He was sentenced to 31 years for his crime.

He was dropped from the rolls of the House of Representatives in 2012 for his 2006 graft conviction.

In the same year, Ecleo was sentenced to life imprisonment for killing his wife, Alona Bacolod-Ecleo, in Cebu City on January 5, 2002.