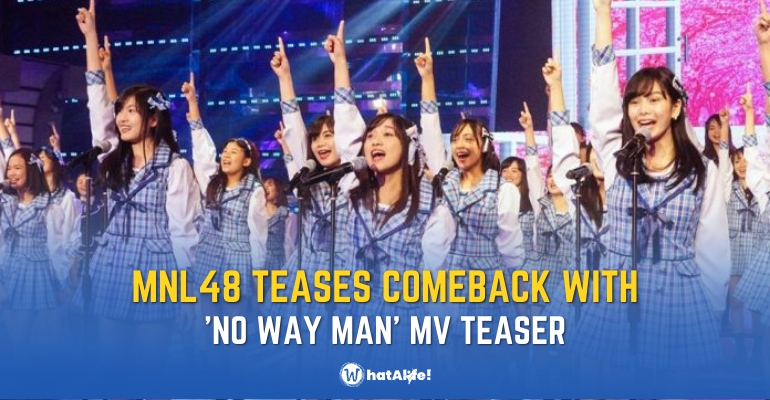 MANILA, PHILIPPINES — MNL48, a Filipino idol girl group from Manila with 48 members, made an announcement of their comeback through the No Way Man teaser.

On February 21, 2022, MNL48 posted a mysterious poster announcing the group’s comeback. However, details were not yet announced during that time. The teaser shows that the girl group is going to have a new upcoming release that appears to be handled by the TV Production Digital Group of ABS-CBN.

However, recently, MNL48 also posted a teaser for their MV for ‘No way Man.’ See video below:

MNLoves, are you ready?
Let’s all Start the Countdown as we go closer to the Big Day.
Here’s a short teaser for you all!
Stay tuned!

The official announcement encourages their fans to “Start the Countdown” as they await the special day for the girl group.

MNL48, formed in the year 2018, is known for members who are skilled and talented in singing and dancing.

Fans are also in for a treat as the group recently tweeted about their mall show events for 2022. The tweet shows the details on how members Baby Blue Jan, Amy, and Coleen will be on  Level 1, Activity Area of Robinsons Galleria on March 19.