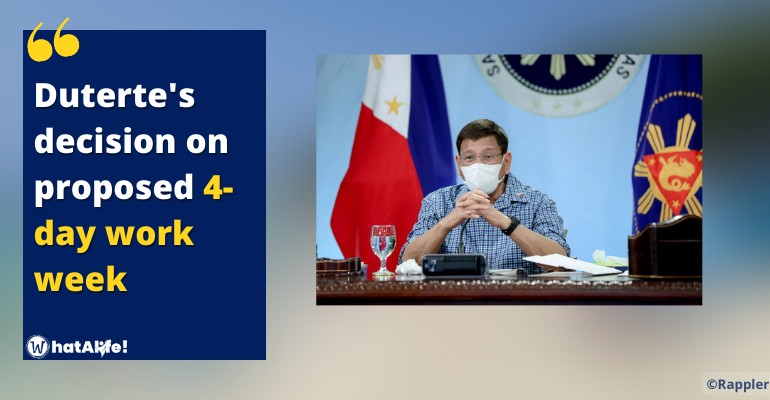 MANILA, PHILIPPINES — MALACAÑANG released a statement on Thursday that President Rodrigo Duterte’s decisions on the planned 4-day work week in the Philippines will be announced on Monday, March 21.

(That is under consideration by the President. These measures were proposed in case oil prices in the global market rise further.)

(The important thing is that President Duterte told Secretary Sonny Dominguez after he explained, after the secretary of finance gave his recommendation, that that is our policy whatever the decision of the economic cluster will be because their forte is the policy of our government.)

Meanwhile, according to Ka Leody De Guzman, a Filipino progressivist running for president in elections 2022, some organizations have a “no work, no pay” policy, which may cause employers to remove one day’s income from workers’ paychecks each week.

The 4-day workweek idea, said the labor leader, is fair only if it does not result in any salary reductions for workers.

(That’s okay, it’s good if there’s no salary reduction. But if the workers’ salaries are reduced, it will be a big problem that our workers will only be paid for 4 days during this time of great crisis.)

Aside from the reduced working days, the Department of Finance proposed keeping the gasoline excise tax rather than paying a monthly subsidy of P200 to each household in the bottom half, which Duterte accepted.

Several organizations in the Philippines had implemented flexible work schedules such as work-from-home, reduced regular workdays, and job rotation since 2020. – WhatALife!