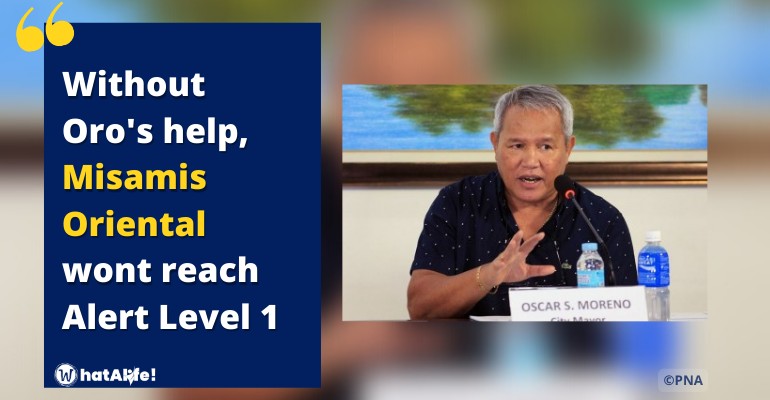 As the country marks one year since it initiated its national immunization campaign, Misamis Oriental province has yet to reach 70% of its people, in contrast to Cagayan de Oro City’s over 95% vaccination rate of seniors.

Misamis Oriental province, with its low vaccination rate, particularly among senior citizens, needs all the support it can get to achieve immune systems and attain Alert Level 1 status, according to Cagayan de Oro City Mayor Oscar Moreno.

“Our neighboring towns and component cities (Gingoog City and El Salvador City) still have low vaccination rate along with Misamis Oriental province…and they have a very long way to go to achieve the 80 percent target for vaccination among their seniors that would justify the national government’s declaration of Alert Level 1 status in the province,” Moreno said during a press conference at City Hall on Monday afternoon.

“Misamis Oriental at best reached 50 percent of vaccination among seniors as of last Wednesday according to the northern Mindanao vaccination task force,” Dr. Yu stated.

Cagayan de Oro City, according to Moreno, has an interest in assisting Misamis Oriental province in achieving herd immunity since a significant amount, if not the majority, of the province’s population works in and visits the city for medical care, commerce, and leisure.

“No one is safe until everyone is safe from the virus,” Moreno said. – WhatALife!

Also Read: Planning to travel in CdeO? Here are the basic travel requirements you need to know