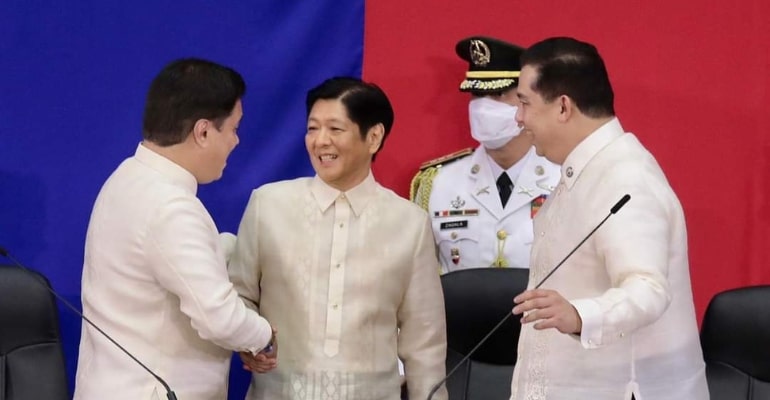 Senator Juan Miguel “Migz” Zubiri was elected by 19 out of the 24 senators to be the Senate President of the 19th Congress.

Romualdez, the president of the Lakas Christian Muslim Democrats (Lakas CMD), is a cousin of Marcos.

Twenty-two lawmakers in the House of Representatives did not vote, four abstained, and one voted negative. Both Zubiri and Romualdez took their oath of office right after their election.

In the Senate, returning Senator Loren Legarda was elected as Senate Pro Tempore, the post Zubiri previously occupied in the 18th Congress.

Senator Joel Villanueva was named the majority Leader, while Senator Aquilino “Koko” Pimentel III was elected as the minority leader.

In the House of Representatives, Pampanga Second District Representative Gloria Macapagal-Arroyo was “unanimously” elected as the senior deputy speaker of the lower chamber.