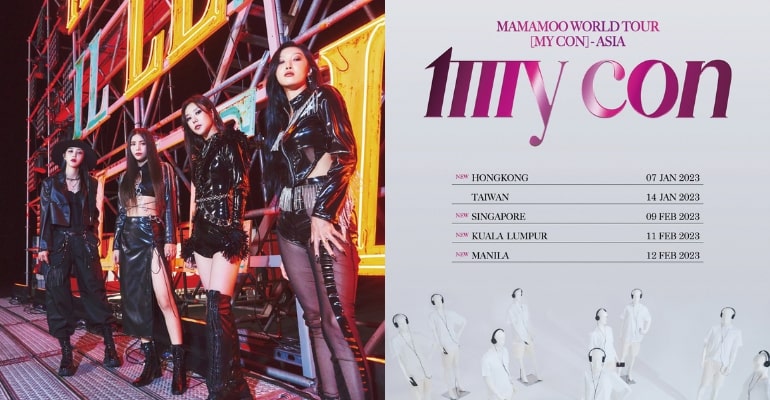 MANILA, PHILIPPINES — Dates for MAMAMOO’s 2023 Asian concert tour have been announced. It includes the Philippines scheduled on February 12, 2023.

MAMAMOO will continue the Asian leg of their “My Con” world tour in January and February of 2023 after beginning it this month in Korea and Japan. The girl group is currently preparing for three nights of performances in Seoul from November 18 to 20, after which they have two nights in Chiba from November 26 to 27.

Ticket information is yet to be announced but is expected in the following days.

Excited supporters further predict that the next cities will be either in Indonesia or India and will be followed by tour dates in either the Americas or/and Europe in the early spring or summer of 2023.

Fans are also excited about MAMAMOO’s MoonByul, who is set for another event on January 7, 2023. The performance will be for an OST in a JTBC drama.

Due to rewards won on the JTBC survival show “Second World” earlier this month, the vocalist will perform at the Golden Disk Awards in Bangkok on that day. – WhatALife!/Zed