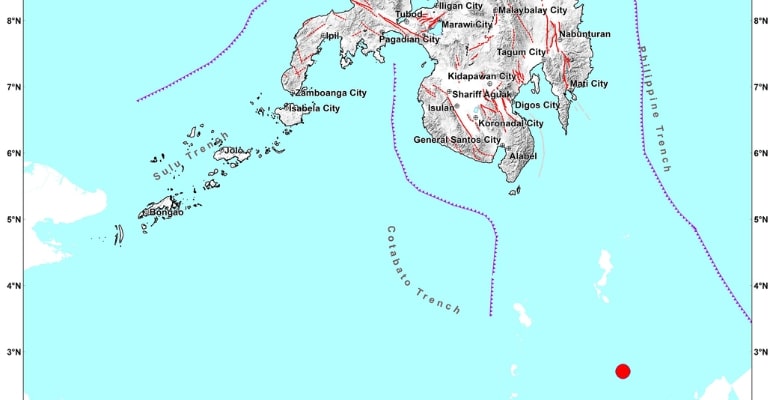 The Philippine Institute of Volcanology and Seismology reported the earthquake had a depth of focus of 40 KM with the following Reported Intensities:

On Wednesday, a magnitude 7.0 offshore earthquake hit near eastern Indonesia’s Maluku Islands, according to the US Geological Survey (USGS). It triggered a tsunami warning but was later lifted.

The quake occurred at around 1:06 PM local time (2:06 PM in Manila). It shook nearby islands, which forced residents to flee in panic.

The head of Indonesia’s earthquake agency and tsunami center, Daryono, reported that five aftershocks followed the tremor; the strongest they recorded was a 5.3 magnitude aftershock. – WhatALife!