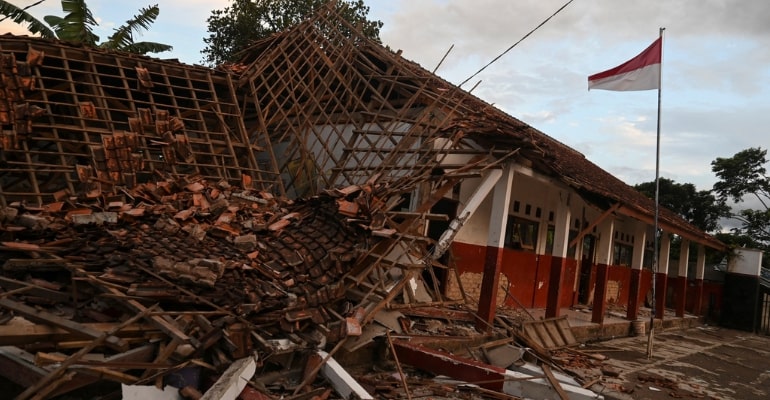 JAKARTA, INDONESIA — A recent 5.6 magnitude earthquake kills more than 160 people in the Cianjur region in West Java, Indonesia. The region’s governor reports most of the victims were children.

Rescuers continue to dig through the debris after a 5.6 magnitude earthquake hit the Cianjur region in West Java, Indonesia, at around 1:21 pm local time on Monday.

According to the United States Geological Survey (USGS), the earthquake’s depth is 10 kilometers. This makes it a devastating event that may be considered the country’s deadliest earthquake of the year.

Officials report more than 2,200 damaged homes, displacing 13,000 people. The most recent number of deaths is 162, and injuries are in the hundreds.

The National Disaster Management Agency (BNPB) reports that 103 of the victims found were crushed under collapsed buildings.

The governor of West Java, Ridwan Kamil, said many of the victims were children since the earthquake struck at peak time during school classes.

“So many incidents occurred at several Islamic schools,” Kamil told reporters on Monday.

Meanwhile, the aid group Save the Children said the earthquake had impacted more than 50 schools.

A teacher in one of the schools, Mia Saharosa, said that the earthquake was a shock and that they gathered the children in the field during the devastation.

Many injured residents are seen on national TV rushing or being rushed to the hospital. Some are even being treated in a hospital parking lot.

The earthquake also caused a landslide on the outskirts of Cianjur, which blocked road access from a neighboring mountain route in West Java. Electricity and cellphone service are currently patchy in some areas of the region.

Local officials record more than 40 aftershocks. However, no tsunami warning was issued.

Indonesia frequently experiences earthquakes since it is located in a seismic zone. Its most devastating earthquake event was in 2004 when a 9.4 magnitude quake off Sumatra island in northern Indonesia triggered a tsunami. It struck 14 countries and killed 226,000 people, half of which were from Indonesia. – WhatALife!