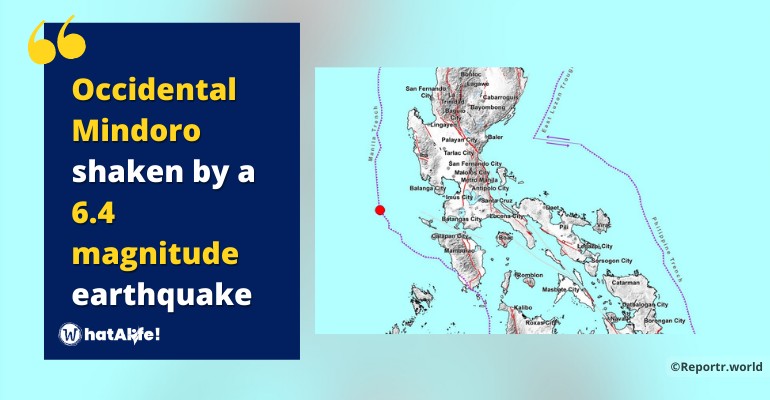 According to the Philippine Institute of Volcanology and Seismology (Phivolcs), an offshore earthquake with a magnitude of 6.4 struck Occidental Mindoro and adjacent areas, including parts of Metro Manila, at roughly 5:05 a.m. on Monday, March 14.

Phivolcs stated that the epicenter of the earthquake was located 110 kilometers northwest of Lubang, Occidental Mindoro, and occurred at a shallow depth of 29 kilometers.

It was felt in the following places:

The earthquake was tectonic in nature, meaning it was triggered by the movement of an active fault nearby.

It does not expect any damage, but the public is warned to be cautious because aftershocks may occur as a result of the earthquake.

The quake was initially recorded at magnitude 5.7, however it was later increased to magnitude 6.4.