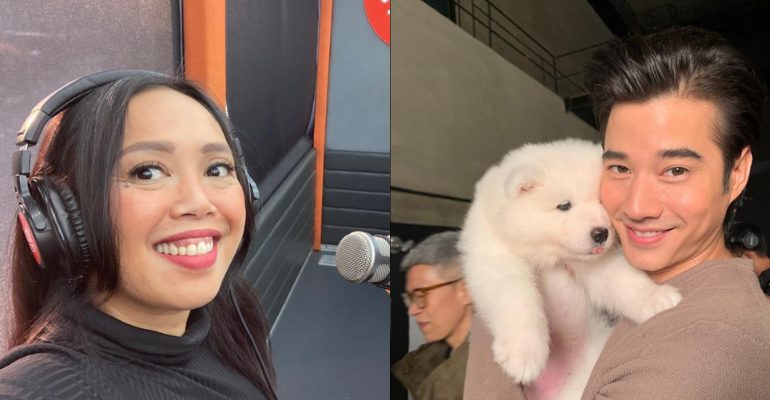 According to a statement by Artist Gallery Management, Kakai’s management firm, through Atty. Jude Marfil of Marfil & Associates, there were no “factual or legal bases” for Maurer’s management team’s demands and accusations.

“We firmly and vehemently repudiate and detest in the strongest possible terms the claims of the ‘Authorized Attorney’ of Mr. Maurer’s agency against our Client. They are palpably without any factual and legal bases,” Kakai’s management said.

“Further, his claim that our Client ‘improperly exploited’ and made ‘false statements’ about Mr. Mario Maurer and his team already reek of libel, a crime punishable under Art. 353 of the Revised Penal Code of the Philippines,” Artist Gallery Management said. “Any and all factual allegations of our Client as to her experience, connection, and communication with Mr. Maurer and the latter’s team are only based on truthful occurrences.”

According to Marfil, Kakai was only reminiscing her “personal experience in working with an international public figure such as Mr. Mario Maurer, whom she has so cherished and has held with high regard and respect.”

Marfil then adds: “Accordingly, for as long as the statements of our Client are based on truth and that she has not signed any non-disclosure agreement with Mr. Maurer and/or his agency, Ms. Bautista is very much free under our legal system to publicly talk about her experiences with Mr. Maurer, who is an international public figure.”

Nevertheless, Kakai has decided to “dissociate herself from Mr. Maurer through all means and channels possible.” However, Kakai’s camp now demands that the “alleged Attorney of Mr. Maurer’s agency” named Koraphot Jirachocksubsin who supposedly sent Maurer’s demand letter through email to Freddie Bautista, Kakai’s manager, “to prove his identity and authority to send the Cease and Demand Letter on behalf of Mr. Maurer and the latter’s agency.”

“We have likewise formally demanded for the alleged Attorney of Mr Maurer’s agency and/or any of their representative/agents to cease and desist in making any and all unfounded and malicious claims against our Client before any media or communication channel,” Marfil ended the statement.

You might also want to read: OPM icon Claire dela Fuente passes away at age 63