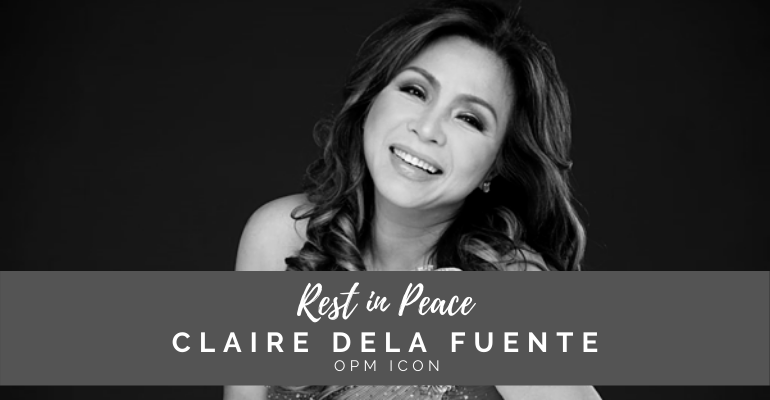 After suffering from a cardiac arrest earlier today, March 30, OPM icon Claire dela Fuente has passed away. She was 63 years old.

Based on a Twitter post by entertainment reporter MJ Felipe, dela Fuente’s passing was confirmed by her relatives to composer and producer Jonathan Manalo who was a family friend.

Claire dela Fuente was dubbed as “The Karen Carpenter of the Philippines,” having a voice with a striking similarity to that of the late singer. She was also known as “Asia’s Sweetest Voice” and the “Queen of Tagalog Songs,” alongside her counterpart, Rico J. Puno.

Alongside fellow veteran singers Imelda Papin, Eva Eugenio, and Didith Reyes, Dela Fuente was one of the “Jukebox Queens” in the ‘70s.