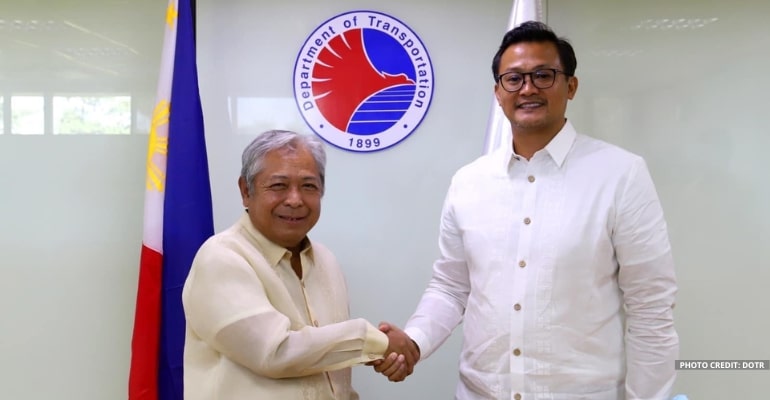 In a statement, Transport Secretary Jaime Bautista confirmed that President Ferdinand “Bongbong” Marcos Jr. had appointed Tugade to succeed Teofilo Guadiz III as the head of the LTO.

“I come here today to announce the appointment of Atty. Jose Art ‘Jay Art’ Tugade as the new chief of the Land Transportation Office. While Atty. Tugade’s appointment was announced a few weeks ago, we have come to a conclusion that he is best suited for the very challenging job in the LTO,” said Bautista.

Marcos previously nominated Tugade as the MIAA (Manila International Airport Authority) interim general manager. However, after it was revealed that he would lead MIAA last October, the idea of changing his position was raised, according to Bautista.

The person to succeed Tugade as MIAA, however, has yet to be announced by the DOTr. Reports said that Tugade had succeeded Cesar Chiong as general manager of the MIAA, but the DOTr cleared that Chiong “did not depart” the position.

In light of “the many challenges and controversies being encountered by the agency,” Bautista indicated that he thought Tugade was “more equipped” to LTO as they discussed how they would be able to serve the Department of Transportation (DOTr).

“We immediately asked the indulgence of the President and explained the gravity of the situation in the LTO and the importance of the work that has to be done as well as the willingness of Atty. Jay Art to do it. In the end, the President understood the situation,” he said.

Teofilo Guadiz III, who led the LTO before the nomination of Tugade, will now serve another role in DOTr’s road sector. Guadiz will subsequently assume the role of Assistant Secretary of the DOTr’s Road Sector.