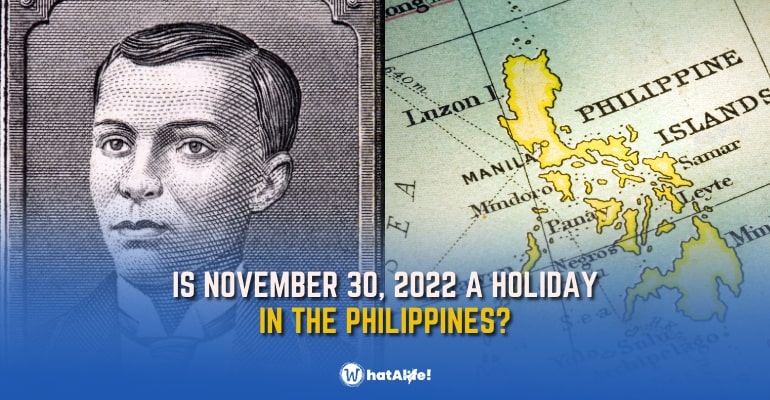 Bonifacio Day is one of the regular holidays in the Philippines. It is celebrated every November 30, commemorating the birth of the Filipino hero Andres Bonifacio.

The founder of the Katipunan was born on November 30, 1863. Thirty-three years later, he became one of the powerhouses behind the Philippine Revolution.

Andres Bonifacio is often referred to as the “father of the Philippine revolution.” In 1892, he founded the renowned “Katipunan” or the “Kataas-taasang, Kagalang-galangang Katipunan ng mga Anak ng Bayan.” It was a secret society that grew into an armed movement which attacked the Spanish colonial rulers.

Bonifacio became the general of the Katipunan’s revolutionary army. However, an internal conflict resulted in Emilio Aguinaldo taking control of the forces.

After the overthrow of the Spanish, a vote was taken at the Tejeros convention to decide the President of the Philippines. Aguinaldo won and Bonifacio came second. The latter rejected the result, citing a rigged election.

He became a rebel leader within a revolutionary government. Aguinaldo later arrested Bonifacio, who was put on trial and executed on May 10, 1897.

The remaining holidays in 2022

The year 2022 will end in less than two months. The following are the remaining holidays declared this year: