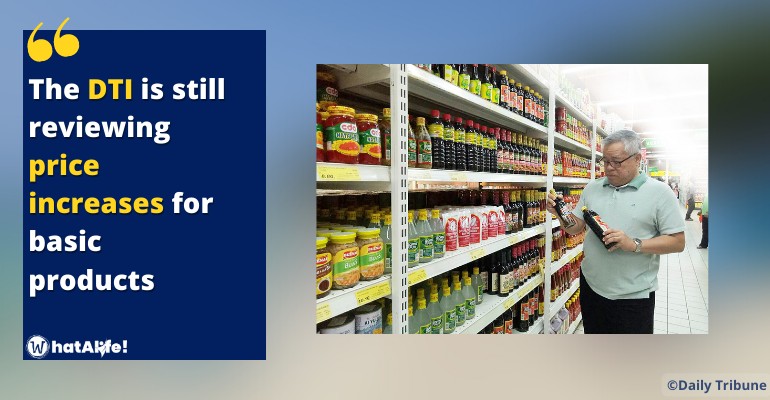 MANILA, PHILIPPINES — In light of growing gasoline costs following Russia’s invasion of Ukraine, the Department of Trade and Industry (DTI) announced on Thursday that they are examining suggested retail price (SRP) hike for essential products.

Cabochan noted on Thursday, March 17, at the Laging Handa session that they have reinforced their pricing surveillance, but that certain manufacturers have already asked pricing modifications.

(If the price adjustment they are asking for is ten percent higher than the price in the previous bulletin, we are asking them to stagger the increase.)

(But at this time, the DTI is still reviewing whether we will have another SRP bulletin.)

Several manufacturers, according to the source, have “existing inventories of raw materials and inputs, as well as finished goods,” which might prevent price hikes if they produce with materials purchased well before oil price spike.

(Because they were bought at prices before there was an increase in oil and the trouble in Ukraine. So, the increase may not happen in the immediate future but it is being studied.)

A pricing modification is also being requested for processed dairy products, meat loaf, and canned beef, in addition to preserved sardine goods. The agency asked customers to use the SRP list as a reference for expenditures, to manage their purchase decisions, and to use their resources wisely. – WhatALife!