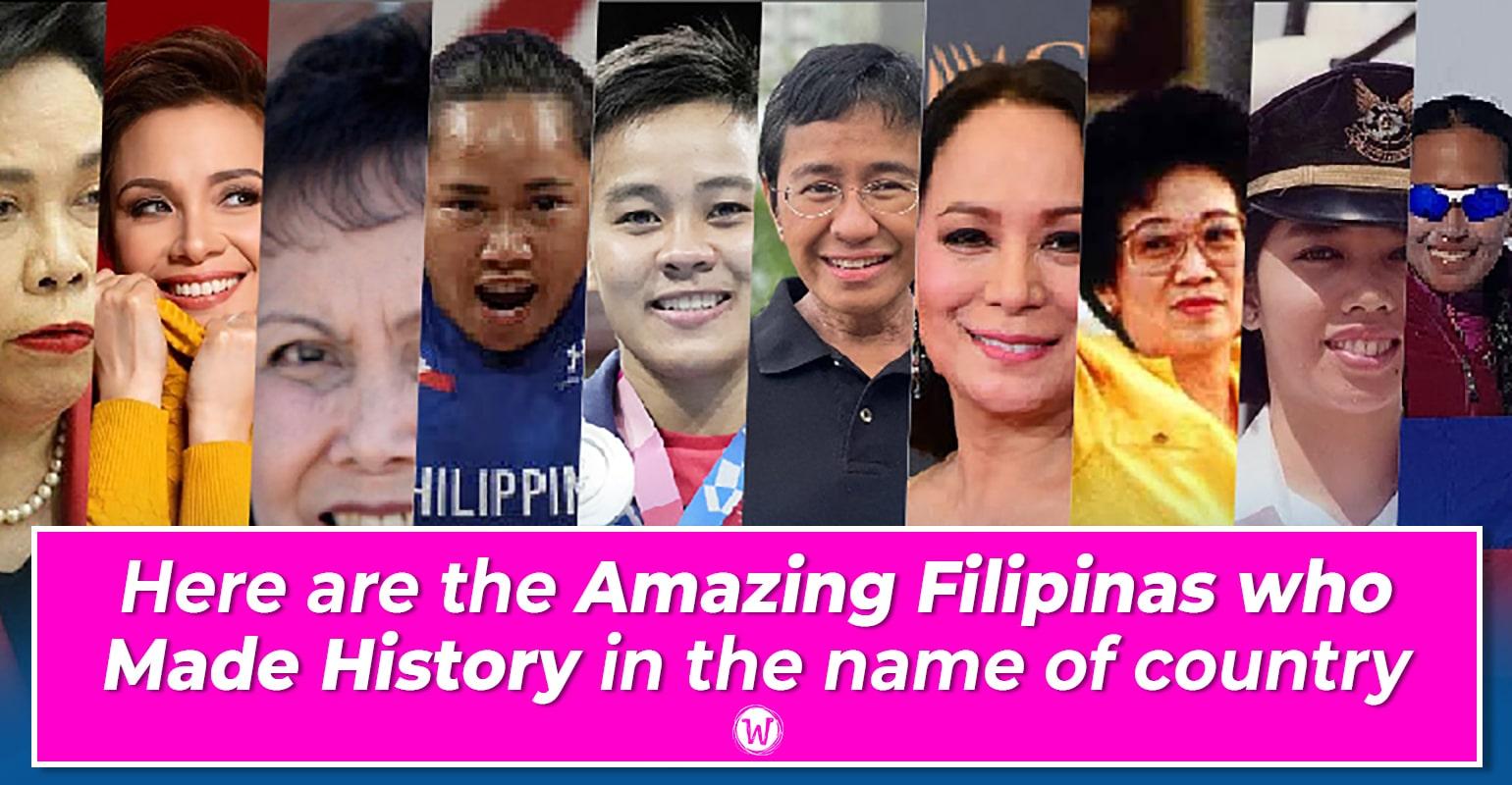 In honor of National Women’s Month, we salute and honor these extraordinary Filipinas who have made history in the Philippines, whether by succeeding in their fields or forging their own route to a significant victory.

These women inspired Filipinos and known in recognition of their significant contributions to the Philippines.

Senator Miriam Defensor Santiago was the International Criminal Court’s first Filipino and Asian lawyer. Miriam was the first and only female editor-in-chief of the Philippine Collegian, the University of the Philippines’ student newspaper. Many people admire the senator for her foresight and bravery in the battle against corruption in the Philippines.

Filipinos have been showcasing great abilities and representing the country in the Olympics for several years. Hidilyn Diaz, on the other hand, won the country’s first Olympic gold medal. The entire world witnessed as she carried a total weight of 224 kilograms. The country applauded when she burst into tears, knowing she has won the women’s 55 kg weightlifting division in the 2020 Summer Olympics.

Nesthy Petecio attracted attention in 2021 after she won the silver medal in the Women’s Featherweight competition at the 2020 Tokyo Olympics. Petecio quickly came to popularity as the very first Filipino woman to capture an Olympic medal in boxing, serving as an inspiration not only to Filipinos but to all young women who aspire to compete in the the world of boxing.

Maria Ressa, the CEO of Rappler, was the very first Filipino to win the Nobel Peace Prize in 2021. She  landed safely in Oslo and earned her well-deserved award together with Russian journalist Dmitry Muratov, despite the fact that she had to face obstacles to claim the medal.

In 1969, a Filipina won the Miss Universe pageant and became the first Filipina to do so. Gloria Diaz, an 18-year-old candidate who stunned the world with her beauty and charm, went and made history after that incredible night by flying throughout the world to promote advocacies.

Aimee Carandang, or Maria Aurora Carandang-Gloria, has soared to new heights in 1993. She went to becoming the country’s first female commercial pilot as a result of her efforts. Carandang has subsequently became a role model for several women around the country.

Carina Dayondon, a Gen T honoree, actually climbed her way up to the top, becoming the first Filipina to reach Antarctica’s highest mountain, Vinson Massif, in December 2018.  Dayondon, together with two fellow Filipinas, triumphed at the summit of Mount Everest. – WhatALife!