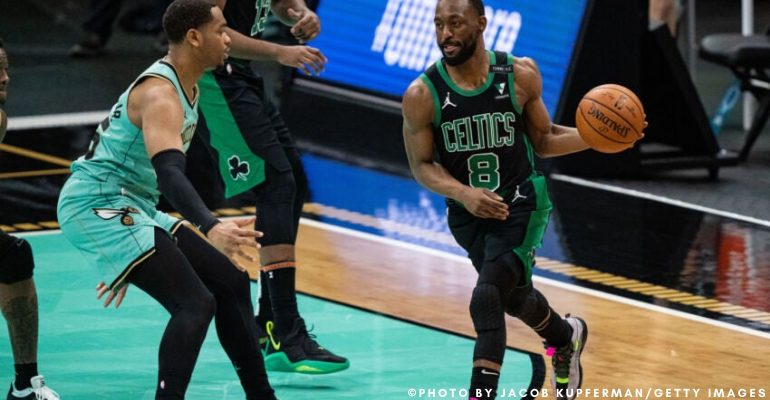 On 25 April at 1:00 pm ET, the much-awaited Hornets vs Celtics game began.

Although the odds weren’t favorable with the Charlotte Hornets, the team pulled through and led by double digits for most of the day and blew out the Celtics, 125-104.

Since December 2015, the Hornets have been against the Celtics 3-15. But, on Sunday, they were able to close that gap. They had the luxury of staying home another game, especially when they struggled in their contest with the Cleveland Cavaliers last Friday. However, Charlotte still won the game with 108-102. They had Miles Bridges (25 points), P.J. Washington (25 points), and Terry Rozier (25 points) to thank for their victory.

Boston Celtics Dropped Down to 32-29

The Boston Celtics were not quite off to a good start even before the Hornets vs Celtics playoffs. Last Friday, they lost to the Brooklyn Nets with 109-104.

Jayson Tatum tried to carry the team forward with his 6-for-12 from downtown shot and a double-double on 38 points and 10 boards. This makes it his fourth consecutive game in which Tatum had at 10 rebounds.

Unfortunately, the Celtics did not get their victory, which dropped them down to 32-28. Now, they are at 32-29 overall because of their defeat from the Hornets.

In the opening minute of the Hornets vs Celtics game, Boston was leading. However, Charlotte eventually took control. In the first quarter, the Hornets led by 15 points, and for the whole second frame, they led double digits. Miles Bridges’ 3 pointer set the tone for a fourth-quarter where Charlotte pulled away from singles digits to double digits. Devonte’ Graham led the game with 24 points, P.J. Washington scored 22 points, and Terry Rozier finished with 21 points.

Moreover, Charlotte showed an impressive play with their assists. They tallied 39 assists on 47 made field goals. These number of assists are three short of the franchise record, which means that it was indeed a great performance from the team.