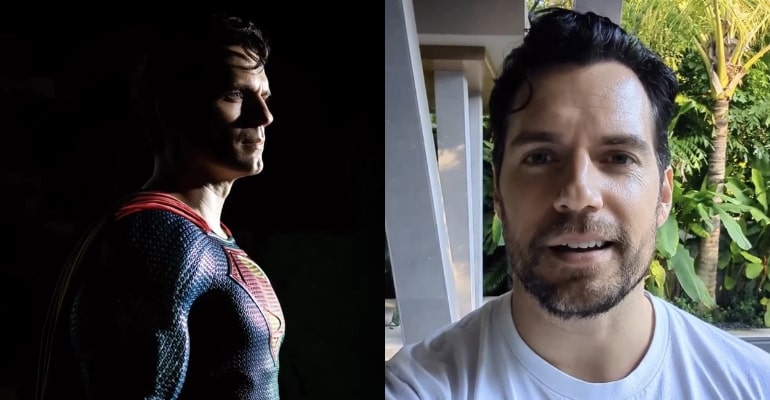 Superman is back! Actor Henry Cavill confirmed his return to the superhero role through a post on Instagram after the success of Black Adam.

In the Instagram post, Cavill explained that he decided to wait until the weekend for the announcement since he wanted to allow fans to watch Black Adam first. For those who have not watched the movie yet, spoiler alert (!), Superman is in the mid-credit scene in what appears to be a face-off with Black Adam.

“I wanted to make it official that I am back as Superman and the image you see in this post and what you saw in Black Adam are a very small taste of what’s to come,” Cavill said in his post. “There’s a lot to be thankful for, and I’ll get to that in time. But I wanted to thank you guys most of all. Thank you for your support and thank you for your patience. I promise it will be rewarded.”

Both Cavill and fans have been very patient indeed since the actor has not had any Superman films (there were cameos of the character in other DCEU movies but never of Cavill in the suit) for five years. His last performance as one of the most well-known superheroes was back in 2017 as part of Joss Whedon’s theatrical version of 2017’s Justice League.

Superman’s sequel, Man of Steel 2, is already in development, according to reports.

Cavill’s return is reportedly due to Dwayne Johnson’s efforts. Johnson personally appealed to Michael De Luca and Pam Abdy (heads of Warner Bros.) to make a deal with Cavill. Johnson’s manager and ex-wife, Dany Garcia, represented Cavill. After much discussion, the mid-credit scene was finally filmed secretly in September.

It seems that Johnson’s effort is set to pay off since Cavill’s return means that Superman v. Black Adam will now be in the works.

Johnson said he is very eager for the face-off, saying that it was “always the plan.”

“Establish Black Adam as the most powerful and unstoppable force on this planet. And if we do that right, let’s take the most beloved superhero in the world of all time, that’s been idle and sitting on the sideline for five years. Let’s fight, and let’s not take no for an answer, and let’s bring him back,” The Rock said during his interview with USA Today.  – WhatALife!

Also read: Buckle up! Disney+ is coming to the Philippines on November 17