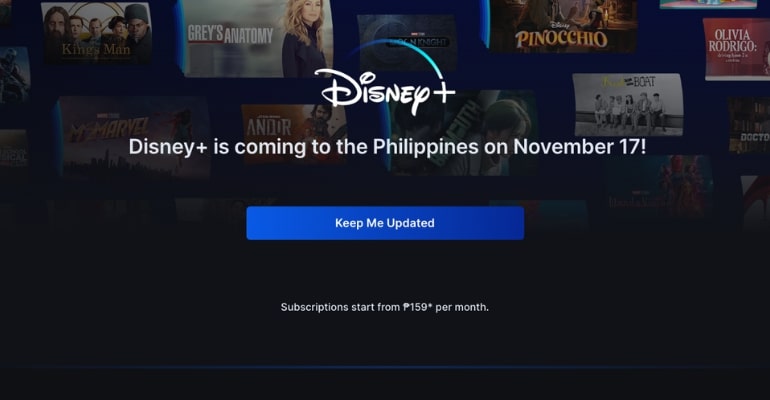 In a statement released by David Shin, Senior Vice President and Managing Director, Southeast Asia, Taiwan and Hong Kong, The Walt Disney Company, he mentions their excitement that “consumers in the Philippines can soon connect with their beloved characters and brands and enjoy access to some of the world’s most original and iconic stories, told by the world’s most talented creators.”

“Through Disney+, we are opening new doors of entertainment to everyone with our heritage of unparalleled storytelling, creative excellence and cutting-edge content delivery,” he said.

The long-awaited streaming service will offer movies and TV shows from many iconic brands such as Disney, Pixar, Marvel, Star Wars, National Georgraphic, and Star.

This gives the users an opportunity to enjoy the growing library, regional and Asian language content including blockbuster Marvel films and award-winning Pixar animation. Korean show fans are also treated to content featuring BTS and other Asian stars under the Star brand.

The streaming service offers a range of subscription plans to interested and excited users.

In the official pre-launch page, the plans and pricing are listed as follows: