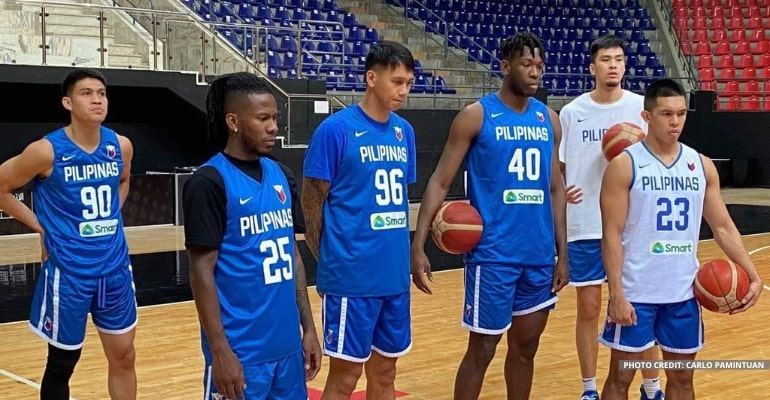 MANILA, PHILIPPINES — Gilas Pilipinas players Kai Sotto and Angelo Kouame will be leading the way to fly to Jordan for the fifth window of the FIBA ​​World Cup Asian qualifying game.

On the night of November 7, Monday, Gilas Pilipinas left for Jordan, as they will face off against the Jordanian team on November 11. Meanwhile, they will go against Saudi Arabia on November 13/14.

Sotto’s inclusion is based on the relationship between the SBP (Samahang Basketbol ng Pilipinas) and the Australian Basketball League.

Ravena, Tamayo absent from the games

Meanwhile, Kiefer Ravena will not be in the Gilas game against Jordan and Saudi Arabia

The Gilas Pilipinas’ veteran guard will not be able to participate in Gilas Pilipinas’ game in the fifth window of the FIBA ​​World Cup Asian Qualifiers due to some complications. On his social media, he shared that he underwent an emergency dental procedure, and the post called on his fans to pray and support the country’s national basketball team.

(Too painful. He couldn’t bear it anymore.)

The dental procedure was done on Monday afternoon, which kept him from the final practice and from leaving with the team for the Middle East.

Apart from Ravena, Carl Tamayo will also not be able to participate due to his injury.

In the first round of UAAP Season 85, the UAAP champion suffered an injury while playing against the UE Red Warriors, and to this day, he is still nursing the injury suffered. After their second-round meeting against the UE, Tamayo reported that he feels like he needs to rest due to the nagging injury still giving him pain.

He is scheduled to take time for rehabilitation during the UAAP’s FIBA break. – WhatALife!/Zed