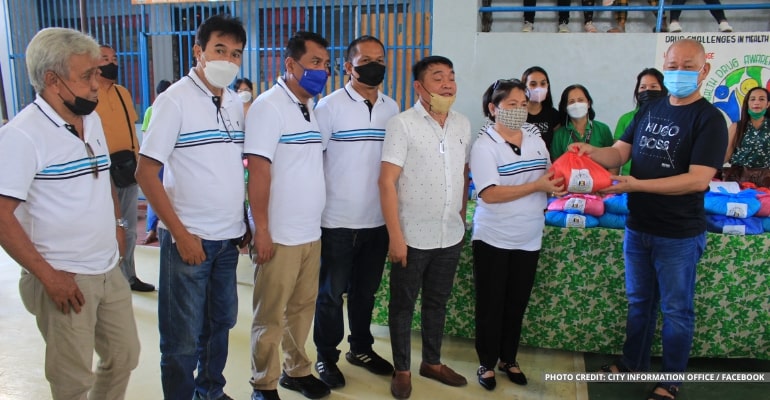 Chairman Tabac also thanked Mayor Klarex for responding to the request to hold the KSB on December 10, where 156 couples initially signed up for the Kasalan ng Bayan. Captain Tabac is also grateful that there is an ‘extension office’ of CSWD in Gusa, and not only is it available for the residents of Gusa but it also welcomes people from the neighboring barangays.

Meanwhile, the CSWD had prepared around 500 food packs to be distributed to the target beneficiaries in barangay Gusa. The mayor distributed these 500 packs of 3-kilo rice during his visit.

After the flag-raising ceremony, the Community Improvement Division and City Civil Registry also conducted the pre-marriage orientation & counseling for those who will participate in the Kasalan ng Bayan.

A total of 17,124 young children are currently benefiting from the Supplemental Feeding Program that was started last month under the supervision of the City Social Welfare and Development – Early Childhood Care and Development (CSWD – ECCD) program in the city.

The meals will be served directly in the Child Development Centers with strict adherence to minimum health standards.

The feeding program will last 120 days and it is funded by the regional office of the Department of Social Welfare and Development and assisted by the CSWD – ​​ECCD Division, along with the Child Development Teachers, parents cooking committee, and barangay personnel. – WhatALife!/Zed