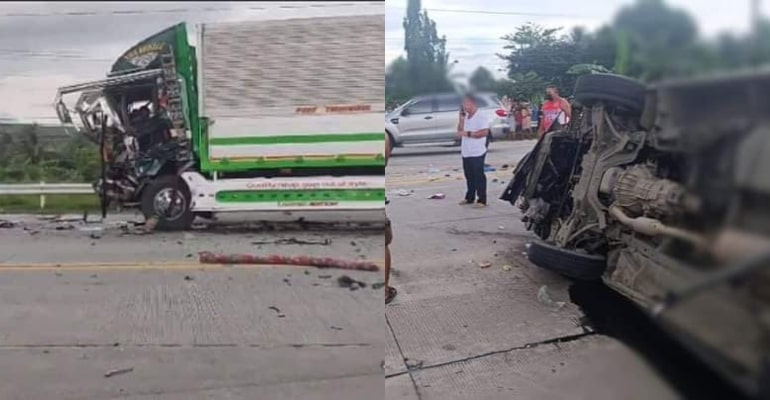 GENERAL SANTOS CITY PHILIPPINES —  On Thursday afternoon, August 4, a three-vehicle crash on a highway in General Santos City killed ten people while four others were injured. A pickup truck, a cargo truck, and a utility van were involved.

Over a section of the highway in Purok 4, Barangay Batomelong, the collision was a dreadful sight of mangled bodies, twisted metal, and injured people.

The pickup truck driver, Elbert Hayag, said he was navigating a curve going towards the General City proper when the van ahead of him swerved in the opposite direction and headed straight toward the oncoming truck.

The van passengers were employees of the General Santos City-based Tuna Exporters Multi-Purpose Cooperative (Tempco) going back to General Santos from a team-building activity in the Island Garden City of Samal in Davao del Norte.

The Traffic Enforcement Unit (TEU) said it had recorded more than one road crash in General Santos daily.

Police identified the fatalities as:

The following were identified as injured:

Police also said they rented the van from a group that did not have documents for a car rental business.

This has brought the operation of rental businesses in General Santos and elsewhere in Soccsksargen using unregistered public utility vehicles and unlicensed cars numbering in the thousands to the attention of authorities.

Land Transportation Office-Soccsksargen director Macario Gonzaga and Lieutenant Colonel Dominador Palgan Jr., chief of the General Santos TEU, stated that investigators are looking into the proliferation of vehicles being rented out or used as public utility vehicles without government permits.

Police Executive Master Sergeant Alberto Rosas of the Highway Patrol Group said more than 1,000 vans were operating as PUVs in Soccsksargen without papers.

Authorities said there was also a rising number of unregistered car rental businesses in the region.  – WhatALife!/Zed